All the Reasons Why North Korea, Russia or China Hate America's F-15 Eagle 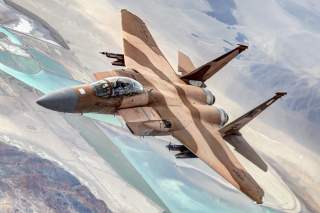 The first F-15 prototypes flew in 1972, and serial production began in 1973. The plane rapidly began to populate both the U.S. Air Force and friendly air forces, including Israel, Japan and Saudi Arabia. The F-15’s first air-to-air kill was on June 27, when Israeli Air Force ace Moshe Melnik shot down a Syrian Air Force MiG-21 in his F-15A. Melnik would eventually down four aircraft from F-15As and F-15Cs, for a career total of eleven enemy fighters shot down.

This was first posted in July 2016 and is being reposted due to reader interest.