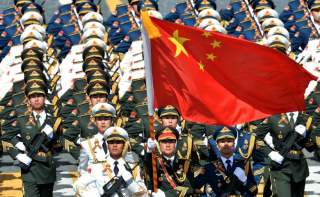 The 12 July judgment by the Hague-based Arbitral Tribunal on the South China Sea constituted a near-total defeat for China. While it was widely expected that the Philippines would win, it wasn’t expected that China would lose by such a wide margin.

Understandably, China has taken a hawkish and resolute stance against the Tribunal. Eager to show China’s resolve in defending its bastions in the South China Sea, China landed two civilian airliners on Mischief Reef on 13 July. It conducted two military exercises near Hainan Island—one just before the 12 July verdict and another the week after—closing off maritime areas and warning mariners that that area was prohibited.

There’s now a distinct possibility that tensions will escalate in the South China Sea. Given that the Arbitral Tribunal had ruled that all the features in the Spratlys are either rocks or low-tide elevations, the US now has the legal cover to conduct FONOPs closer to, or even inside, the 12nm zones around the maritime features. In June, French defence minister Jean-Yves le Drian said that France should urge European Union countries to conduct ‘regular and visible’ patrols in the South China Sea. Chinese anger at such overt challenges could well lead to a conflict not from deliberation, but from accidental escalation.

Regardless of the verdict, China has a solid physical position in the South China Sea. In February, it was found that China had installed high-frequency radar on Cuarteron Reef, and possibly radars on Gaven, Hughes and Johnson South reefs. Such facilities would enable it to establish control over large swathes of the South China Sea within the nine-dash line. Three 3,000m airstrips in the Spratlys serve to defend China’s advanced submarines based farther north at Hainan Island. Deployed in the South China Sea, Jin-class submarines with JL-2 nuclear missiles can break into the Pacific Ocean to get within striking range of the continental United States. Given such a strategic position—compounded by Xi Jinping’s heady mix of nationalism and rejuvenation from a ‘century of humiliation’—it would be irrational for Beijing to give up its assets in the Spratlys.

The Arbitral Tribunal wasn’t able to rule on questions of sovereignty, and while it did rule that China’s historic rights claim to the nine-dash line was incompatible with UNCLOS, it didn’t conclude that the nine-dash line per se was invalid or illegal. That gives China some wiggle room to continue to press its claim. In the clearest, quasi-authoritative response to the judgment, Wang Junmin, deputy dean of the CPS Postgraduate Institute, notes that the Philippines had used the Chinese expression ‘historic rights’ to argue China hadn’t claimed ‘historic title’ to the South China Sea (the former may include sovereignty, but may equally include more limited rights, such as fishing or rights of access that fall ‘well short’ of claims of sovereignty; the latter is used specifically to refer to historic sovereignty). Writing in the PLA Daily on 18 July, Mr Wang wrote that Chinese references to ‘historic rights’ doesn’t imply that China doesn’t claim ‘historic title.’ He added that China has ‘historic title’ and ‘historic fishing rights’ in different areas within the nine-dash line.

By claiming that China has ‘historic title’ to internal waters in ‘archipelagos or island groups’ that are at a ‘relatively close distance’ and that can be viewed ‘integrated whole,’ China could well draw straight baselines around the features it occupies in the Spratlys and claim extended maritime zones outward. Such a hardened position goes directly against the Tribunal’s conclusions and would likely be challenged by the US.

It’s time, however, for China and the US to pull back from such a brink. The signs thus far are encouraging. The Chinese government didn’t yield to public calls for a boycott of Philippine goods (Xinhua called this ‘irrational patriotism’), and China has stressed that it would intensify talks for a binding Code of Conduct (COC) for the South China Sea. The US has urged the resumption of bilateral talks between China and other claimants, and encouraged them not to act provocatively. Likewise, the Philippines has responded sensibly, with President Rodrigo Duterte saying he wouldn’t adopt a ‘flaunt or taunt’ position against Beijing.

In the medium term, the best approach isn’t to pummel China with the 501-page judgment, but rather, to ensure that it has enough face to pursue tangible and functional outcomes. Those could include accelerating talks for the COC, an expansion of the Code of Unplanned Encounters at Sea (CUES) to include coast guard ships, and getting claimants—like the Philippines—to postpone negotiate directly with the Chinese.

Speaking to his American counterpart recently, Admiral Wu Shengli, the chief of the PLA Navy stressed that China would never sacrifice its sovereignty and interests in South China Sea, would never stop construction there and never be caught off guard. Yet he signalled that both sides could cooperate by following CUES and Rules of Behaviour for the Safety of Air and Maritime Encounters.

Working on tangible and functional outcomes—and not rubbing China’s nose in the ruling—might well be the best way forward.