America Is Losing the Race for This Key Technology to China 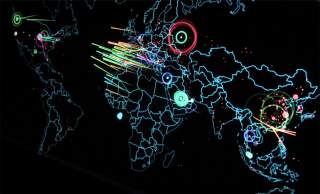 From US regulatory action and proposed legislation it has become clear that America is worried about China’s advances in fifth-generation wireless systems, or 5G, and new research shows they have good reason to be.

China holds a narrow lead over its competition in 5G readiness, according to telecoms research firm Analysys Mason. Their new study, released on Monday, found that China’s proactive government policies along with “industry momentum,” contributed to their current advantage.

“When countries lose global leadership in a generation of wireless, jobs are shed and technology innovation gets exported overseas,” Recon Analytics founder Roger Entner was quoted by trade association CTIA as saying. “Conversely, leading the world in wireless brings significant economic benefits, as the US has seen with its 4G leadership. These are the serious stakes that face American policymakers in the escalating global race to 5G.”

“The United States will not get a second chance to win the global 5G race,” Meredith Attwell Baker, CTIA President and CEO was quoted as saying. “I’m optimistic we will leapfrog China because key leaders in the Administration, on Capitol Hill, and at the FCC are focused on the reforms needed to win the race,” she added.

Despite her optimism, the report found that the US has fallen behind nearly all the potential early adopters in one area of preparedness.

“At the end of 2018, the US will rank sixth out of the 10 countries in mid-band (3–24GHz) spectrum availability, a critical band for 5G,” CTIA summarized from the report. “The US joins Russia and Canada as the only countries currently without announced plans to allocate mid-band spectrum on an exclusive basis to mobile by the end of 2020.”

While falling behind in spectrum availability, the US ranked just behind South Korea in third place thanks to wireless provider investment in the area, with many firms committing to launch 5G service by the end of 2018. The study ranked Japan fourth in terms of preparedness.

While the American wireless industry plays catchup in the fast-paced and high-stakes race to lead in the area, Washington is trying to play defense. In addition to locking Chinese 5G leader Huawei out of the US, government agencies are also trying to form a united front with allies against Beijing.

Last February, during a visit from Australian Prime Minister Malcolm Turnbull to Washington, US intelligence agencies briefed the leader on Beijing’s cyber espionage, deemed among the “top two” risks on the allies’ security agenda.

“When you control telco networks, you can control everything,” one intelligence official said, according to a person present at the briefing.