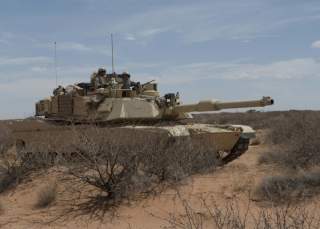 The key to managing a force based on tiered readiness will be found in its networking and command and control. Senior Army leaders have stressed the importance of end-to-end connectivity and the ability to integrate the variety of capabilities resident in the Joint Force. As the Table of Organization and Equipment of the Total Force becomes more heterogeneous, it will be vital that it is held together by a solid communications backbone. Consequently, investments in IT, networking, sensors and ISR will be more important than the introduction of new platforms.

For too long the Army has been asked to reduce capacity in the interest of maintaining readiness and modernization. The increasingly complex and unstable international security environment is creating a new demand on the Army to field forces, not just prior to or at the start of a conflict but for the long haul. If the Army is to retain or even increase its capacity, it must be careful in the way it pursues modernization. It also must be willing to modernize selectively, with a primary focus on the Active Component.