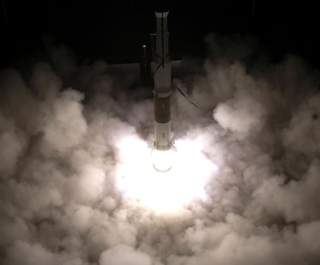 Missile defenses deter countries from launching missile attacks and seek to defeat those who do. But the only existing technology designed to protect the American homeland from incoming intermediate- and long-range ballistic missiles today is the Ground-based Midcourse Defense (GMD) system, and its success in flight tests has been uneven.

The Exoatmospheric Kill Vehicle (EKV) that is carried on GMD interceptors was hurriedly fielded in 2004 to deter or defeat threats from North Korea. The function of the EKV is to separate from the interceptor in flight, using guidance data and on-board sensors to identify and destroy an incoming missile in space. While some enhancements have been made to the EKV since its inception, the basic design remains unchanged. Hence, an eleven-year-old prototype is responsible for protecting the U.S. homeland from devastating attacks.

The GMD system has a success-rate of 50 percent, fully accomplishing eight out of sixteen flight tests since 1999. Two out of the three most recent failures were due to issues with the EKV. Even though the most recent trial was successfully accomplished in June 2014, experts consider the system to be unreliable. Future flight tests at about $200 million each will not by themselves improve the GMD system — its components also need to be refined. This is why the Missile Defense Agency (MDA) is seeking a redesigned EKV to increase reliability of the overall architecture.

Missile Defense Agency Director Vice Admiral James Syring stated in written testimony to the Senate Appropriations Defense Subcommittee that a redesigned EKV will be funded with a modular, open architecture and common interfaces to simplify future upgrades. A better EKV means fewer interceptors need be deployed to hit an incoming missile. Former U.S. Defense Secretary Chuck Hagel announced in March 2013 that interceptors will be added to the GMD system by 2017 to boost the missile capability by 50 percent. However, the addition of more interceptors will be of limited value if their technology is outdated – quality is better than quantity.

Some lawmakers want to shut down the GMD system because they believe it is ineffective — which puts the country in even more danger. Creating a new system from scratch would cost more time and money and will also increase America’s vulnerability to a missile attack. It makes more sense to evolve the existing architecture on which the U.S. has already spent billions of dollars. After all, much of the system’s potential has been realized and what remains is some fine tuning — investing in a new EKV design is the natural next step to ensure that up-to-date defense technology is in place to guard the homeland.

The GMD system is complex and it is unrealistic for lawmakers and the public to expect it to perform perfectly when it has been deprived of much needed upgrades. Any technology that is neglected for a long period of time would not be able to perform at optimal levels and the GMD system should not be treated differently. A redesigned EKV is required for Washington to responsibly shield its homeland. Without modernizing the EKV prototype, the success of the GMD system will remain a gamble and eventually deteriorate, preventing it from keeping up with evolving threats. The Missile Defense Agency announced this week that it is close to reaching a new design for the EKV that will be used as a basis for competition to create an improved version in 2018.

This piece originally appeared on the LexNext blog.