America and Russia in Syria: Superpower Showdown or Opportunity? 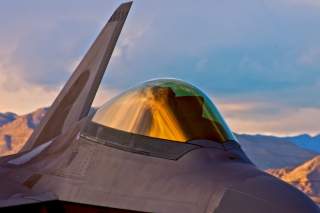 Reportedly, Washington and Moscow are working on ways to deconflict their tactical military operations within Syria in the aftermath of the Russian military’s arrival on the scene in recent weeks. That is good news. The last thing we need is to have two nuclear superpowers inadvertently, or even intentionally, shooting at each other in some quagmire in the Middle East.

But in another sense, of course, the two nations’ strategies for Syria are nowhere near deconflicted.

President Putin declared that his goal in Syria was to fight ISIL. His more plausible goal, as reflected in his military’s choice of initial bombing targets, is to uphold President Assad’s shaky hold on power by attacking closeby insurgents even if they are relatively moderate and unaffiliated with ISIL or al-Nusra.  Putin wants to protect his own proxies, retain Russian access to the naval facility along the Mediterranean coast at Tartus, and—most likely—embarrass the United States while demonstrating Russia’s global reach.  While undoubtedly concerned by ISIL at one level, he is unlikely to attempt to defeat it militarily, given the dangers and difficulties associated with any such mission.  He will leave that problem to us.  The fact that Assad has killed most of the quarter million who have died in this war to date, and caused most of the displacement and refugee flows as well, matters little to the callous Putin, who in any event probably blames American naivete more than any other factor for the fact that this war has dragged on for four and a half tragic years.

Yet Putin’s cynicism about this war may not preclude U.S.-Russian collaboration on a practical path forward. If we envision some type of Bosnia model for what we are trying to achieve in Syria and work backwards, it is at least possible that Russian and American objectives can be largely reconciled—or, to employ the word of the day, at least deconflicted.

In terms of American interests, we need to defeat ISIL and ultimately unseat Assad, while mitigating the humanitarian disaster befalling the country as fast as possible. Putin needs the containment of ISIL before its offshoots wind up in Moscow, as previous groups of jihadis have done over the years. Beyond that, he also wants to exercise Russian leverage and influence on the Middle East stage in a way that enhances national prestige. I would submit that most if not all of these objectives are at least in principle compatible.

A future Syria could be a confederation of several sectors—one mainly Alawite and largely along the Mediterranean coast; another Kurdish and along the north and northeast corridors of the country near the border with Turkey; a third possibly Druse, in the southwest; at least one more made up primarily of Sunni Muslims; and then finally a central zone of intermixed groups in the country’s main population belt from Damascus to Aleppo. The last zone would be difficult to stabilize but the others might not be so inherently problematic down the road.

With this arrangement, Assad would have to step down from power in Damascus eventually—but perhaps he could remain in the Alawite sector, as a compromise.  A weak central government would replace him, but most power and most of the country’s future armed forces would reside within the individual autonomous sectors (and belong to the various regional governments). ISIL would be targeted collectively by everyone. The whole thing would surely require international peacekeepers to hold together, once a deal was struck down the road. Russian troops could help with this mission along the Alawite region’s borders with other parts of the country, for example.

Getting to a point where such a deal was even possible would take time and great effort. Our training and equipping of moderate opposition forces would have to be expanded greatly.  Vetting standards would have to be relaxed in numerous ways.  Moreover, U.S. and other foreign trainers would need to deploy inside Syria to accelerate training where the would-be recruits actually live (and must stay, if they are to protect their families).

Those regions that could be accessed by international forces, starting perhaps with the Kurdish and Druse sectors, could receive humanitarian relief on a much expanded scale. Over time, the number of accessible regions would grow, as moderate opposition forces were strengthened.  This process could help reduce the scale of suffering, and refugee flows, right away—even if it would admittedly take a couple years for the overall strategy to have any real chance of succeeding.

But while it could take many months or years to achieve the outcome we want, articulation of this kind of vision now could provide a basis for working together with, or at least not working against, other key outside players in the conflict including Russia and Turkey and the Gulf states and Iraq. (I do not claim that it is realistic to collaborate with Iran—that would be a welcome surprise, but a major surprise, if it proved to be the case.)

Surely, the Russian intervention in this war was not well-motivated. In the short term, moreover, it has made things much more complicated. But if we use the occasion to recognize that current western strategy is inexorably failing in Syria, we may be able to find a better path forward that eventually finds more points of accord than disagreement between Moscow and Washington—and, more importantly, that meshes more realistically with current realities of power and politics inside this forlorn land.