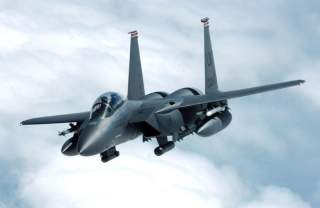 Both Russia and the United States are scheduled to test new tactical nuclear missiles this month.

According to the Russian state-owned Tass, Moscow is currently preparing to test its Iskander tactical missile systems.

“Servicemen of a missile unit of the Southern Military District deployed in the Krasnodar Territory began preparations for drills and live-firing of tactical Iskander-M missile systems that will start in late July at the Kapustin Yar range in the Astrakhan Region," Tass quoted the unit’s press service as saying.

The Iskander-M missile system is a road-mobile tactical nuclear-capable missile with a range between 50 and 500 kilometers. It is Russia’s successor to the Scud missile system.

The Iskander has a number of advantages over the Scud system. According to Global Security, a defense website:

The launch carrier vehicle carries two missiles, rather than one. And each missile can be independently targeted, in a matter of seconds. The missiles can be retargeted during flight not only against fixed targets, but also against moving targets, such as a tactical missile launcher, a tank column, or a convoy. The Iskander has another unique feature: the optically guided warhead can also be controlled by a coded radio signal, including from an AWACS or an unmanned aerial vehicle (UAV). This provides a self-homing capability. The missile's onboard computer receives an image or images of the target. Then the missile, by locking on the target with its sights, will travel towards it at supersonic speed.

Russia has repeatedly said it plans to deploy the Iskander system to its westernmost Kaliningrad region, which borders on NATO members like Poland and the Baltic states. Western officials have criticized this move, including Gen. Philip Breedlove, NATO’s Supreme Commander, who described it as part of a “pattern of continuing behavior to coerce its [Russia’s] neighbors in Central and Eastern Europe.”

The United States has hardly remained passive in the face of Russia’s modernization. Indeed, earlier this month, the U.S. Air Force (USAF) and National Nuclear Security Administration (NNSA) conducted the first developmental flight test of their jointly-produced B61-12 gravity bomb.

“This test marks a major milestone for the B61-12 Life Extension Program, demonstrating end-to-end system performance under representative delivery conditions,” Dr. Don Cook, NNSA Deputy Administrator for Defense Programs, was quoted as saying in a NNSA press release announcing the test. “Achieving the first complete B61-12 flight test provides clear evidence of the nation's continued commitment to maintain the B61 and provides assurance to our allies.”

The test was the first of three planned for this year, the press release went on to say. The missile was launched from a F-15E Strike Eagle in the first test.

Once operational, the B61-12 gravity bomb will replace the B61-3, -4, -7, and -10 bombs. Meanwhile, the B61-11 is expected to be retried as well. Since the 1960s, the United States has produced around 3,000 different B61 bombs, which have served as America’s primary tactical nuclear weapons stationed in Europe. Only about 825 B-61 bombs are currently in existence, with less than half of those being active.

The Federation of Atomic Scientists estimates that B-61 bombs are currently stationed at six bases in Europe, spread across five different NATO nations (in addition to those stationed in the United States). The F-35 Joint Strike Fighter is expected to be equipped to carry the new B61-12.