America: Stay Out of Iraq 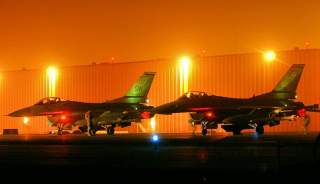 President Obama said today he would essentially take the weekend to decide whether to use the U.S. military to help Iraq’s government repel Sunni Islamist rebels—the Islamic State of Iraq and Syria (ISIS)—who recently took Mosul and swaths of other territory in northern and central Iraq. Obama ruled out using U.S. ground forces, but drone strikes and traditional air support remain on the table. The usual Congressional hawks are outraged that has not happened already.

The major reason using force to defend Iraq’s government is a bad idea is that it always was. Advocates of going into Iraq, like advocates of staying in Iraq in past years, tend to employ sunk costs logic, where the pursuit of a dumb idea before somehow makes it sensible now. Invocations of dead and wounded Americans’ sacrifice give such thinking added resonance but do not make it sensible.

Surge mythology notwithstanding, our efforts to reorder Iraq have always been misguided. The goal - a multiethnic, democratic, stable Iraq- was a nice idea but never vital to U.S. national security or worth thousands of U.S. lives and vast stores of our wealth. Our presence there did not stabilize Iraq, let alone the region, or keep oil prices down. Nor is regional stability or oil production worth much U.S. effort.

The idea that we need to fight ISIS because of its potential to use terrorism against the United States suffers similar flaws. During the Iraq War, hawks constantly warned that leaving Iraq would allow terrorist havens to form there. Their mental model was 1990s Afghanistan. They ignored the fact that al Qaeda (the original group that attacked Americans) came from particular conflicts, rather than being some kind of plant that grew in failed states. And even in Afghanistan, the problem was more that the government – the Taliban – allied with al Qaeda, rather than the absence of government. And hawks forgot that U.S. gains in drones and surveillance technology since the 1990s had destroyed havens—now those were easy targets.

Today, we are repeatedly told that ISIS is more brutal than al Qaeda and thus a bigger danger to Americans. But that logic confuses an insurgency with a group focused on attacking Americans. ISIS is a nasty organization fond of terrorist violence, radical Islam, and Islamic caliphates, but not an obvious threat to Americans. Conflating morally noxious Islamists with those bent on killing Americans is one of the errors keeping us at endless war.

A second reason to stay out of Iraq’s turmoil is its increasingly sectarian nature. President Obama today repeated the claim that we building a multiethnic military in Iraq. But, as Barry Posen pointed out at Cato yesterday (1:02 here), that has been revealed as a sham, just like the claims made over the years by our political and military leaders that we were making progress toward building an effective Iraqi military. The effective part of Iraqi military that can hold Baghdad, we hope, is its Shiite core. The reality is that we’re talking about protecting a Shiite regime against Sunni rebels, not restoring a multiethnic state.

And the sectarian conflict is not confined to Iraq. Iran’s government said yesterday that it had dispatched Revolutionary Guards units to Iraq to fight ISIS. That’s because Iraq is governed by a Nouri al-Maliki’s Shiite regime and because ISIS is already troubling Iran’s major state ally across the border in Syria. So what the President is really considering is joining those three regimes in their fights against Sunni rebellions. Why should we do that? What is victory in that fight worth to Americans?

The third reason to stay out is that we know how hard getting out is. Bombing ISIS on behalf of the Iraqi government may not change the balance of power in Iraq very much. If we again prop up a weak government, we may simply delay the day when Iraq develops a political system that matches its domestic balance of power. That seems likely to be a long, violent process that our participation may only delay.

In a way, the President is now a victim of his own exit strategy. As with Afghanistan lately, he tended to claim that we could leave Iraq because of the success of the state we were building. Staying out may require surrendering that pretense. Better to admit that Iraq is worth far too little to us to justify the sort of effort required to repair it and that we don’t know how to do that anyway.

Benjamin H. Friedman is a research fellow in defense and homeland security studies at the CATO Institute.