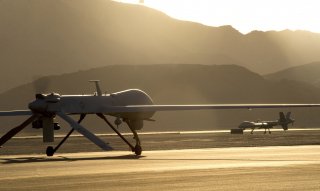 The U.S. Africa Command has struck at the Islamic State terrorist group in Somalia. While the Department of Defense provided scant details, AFRICOM said that it managed to eliminate some number of terrorists in two airstrikes.

However, the Department of Defense did not provide any other details. As such there are no details available as to what kind of aircraft carried out the air strikes or where those aircraft were based. Nor did the Pentagon provide any specific detail about how many terrorists were killed. “We are currently assessing the results of the strike,” AFRICOM said.

It is possible that U.S. Air Force MQ-9 Reaper drones—some of which are based in Niger—could have carried out the air raid. However, the United States has a host of options to choose from to carry out such an attack.

It is important to note that the U.S. air strikes were carried out in coordination with the Somali government. Without the presence of human intelligence on the ground to positively identify targets, it is exceedingly difficult for video imagery intelligence analysts to be sure of what they are looking at based solely on camera footage from a drone.

Early in the campaign against ISIS in Iraq, for example, where there were no U.S. ground forces present, it was a vexing problem for the U.S. Air Force. The presence of Somali ground forces in the vicinity, it would afford U.S. air power a much better chance of correctly identifying and eliminating ISIS targets inside Somali.

Meanwhile, even though ISIS is on the ropes in Iraq and Syria, the group continues to fester in other parts of the world. Thus, the U.S. will be continuing in its efforts to weed out the terrorist group in Somalia. “U.S. forces will continue to use all authorized and appropriate measures to protect Americans and to disable terrorist threats,” AFRICOM said. “This includes partnering with AMISOM [African Union Mission In Somalia] and Somali National Security Forces (SNSF); targeting terrorists, their training camps and safe havens throughout Somalia, the region and around the world.”

It's almost certain that U.S. forces will be carrying out strikes in Somali for years to come.