Is America Trying to Contain China? 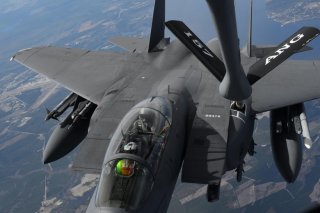 Conservative observers in China tend to overestimate the China factor in US foreign and security policies. In their view, every aspect of US foreign policy – the alliance system, the Trans Pacific Partnership (TPP), the response to the Asian Infrastructure Investment Bank (AIIB) – aims to contain China’s rise.

The China-US relationship is a mix of good and bad news: if we ignore the positive part, we easily reach negative conclusions. There are many positive trends in the China-US relationship: increasing interdependence between the two economies, increasing interactions in the security sphere, more frequent contact and exchanges between the two militaries, including China’s participation in RIMPAC, the two memorandums of understanding reached during President Obama’s visit to China last November, and more. These would all be impossible if the United States was containing China.

An objective depiction of US policies in the Asia Pacific needs to treat them as an indispensable part of the overall US strategy to maintain global hegemony. In the Asia-Pacific, Washington aims to maintain its superior position in this region, and takes into consideration the policy impact on other regions as well. US policies prepare for any uncertainty that might threaten the US position in the Asia-Pacific. This does not deny the connection between China and US foreign policies, but it draws an indirect, rather than direct, connection between them. The United States has no intention to contain China as a whole, but it opposes Chinese behavior that is perceived as detrimental to US superiority in this region, with behavior referring to the combination of capabilities and intentions.

With the rise of China’s military and economic power, the United States is strengthening its ability to counter anti-access/area-denial capabilities to ensure freedom of operation in a crisis. When invited by China’s neighbors to get more involved in the region, the US has to fulfill commitments to signal that it possesses capabilities and volition to ensure stability in the world. The United States will only contain China when China’s behavior is perceived to challenge regional orders in negative ways. The problem is the strong disagreement between the US and China over the definition of behavior that can be characterized as “challenging.”

The United States also has misperceptions: it believes that China will drive the US out of Asia when it is powerful enough. Many believe that China talks of a “peaceful rise” only because it doesn’t yet have the capability to remove the US. President Xi Jinping’s call for “Asian security by Asian countries themselves” at the Conference on Interaction and Confidence Building Measures in Asia (CICA) last May in Shanghai confirmed those worries. Some even argue that China has signaled that it is time to drive the US out.

China’s rise has raised concerns among some Asian countries, and they welcome increasing US involvement in Asian affairs as a reliable balancing power. China also recognizes the US’s historic contribution to stability and prosperity in the Asia Pacific, although some recent US behavior is, from China’s perspective, disturbing. Still, China generally acknowledges the preference of some Asian countries to invite the US to Asia. In addition, China doesn’t possess the capability to ensure stability and security in this region, so it accepts a constructive US presence in Asia at this moment.

Does China welcome the US presence in Asia in the long term? As long as mutual distrust persists between China and the US, the answer is no, because China will always be concerned with the prospect of the US aligning with countries against China, or even forming an anti-China alliance. However, the fact that strategic distrust cannot be eliminated doesn’t mean that China will drive the United States out of Asia by coercion or by force. China aims to win the hearts of neighboring countries, which means that it intends to encourage them to see the US presence as counterproductive. This is China’s long-term goal.

Professor Yan Xuetong of Tsinghua University recently wrote that in the future China and the US will compete for high-quality friends. China has a long way to go to catch up with the United States in this regard, but China has made its initial endeavors.

Through its “One Belt, One Road” Strategy, the Asian Infrastructure Investment Bank, the Silk Road Fund, the BRICS New Development Bank, and other initiatives, China is trying to leverage its advantage in infrastructure (in both capacity and capital) to try to resolve long-standing problems in almost every developing country (and even some developed countries). This also helps to relieve China’s over-capacity problem to some extent. This smart diplomatic initiative seeks to win the hearts of other countries and fulfill China’s responsibilities as a responsible great power. It is also China’s comparative advantage when competing with the United States for high-quality friends.

Where do these misperceptions come from? While both China and the US are to blame, let me identify one or two reasons that might be overlooked.

On China’s side, China cannot fully understand and properly deal with problems originating from the US political system. In a liberal democratic system where politicians face pressures from constituents, exaggerated remarks by individuals and even some statements passed by the Congress have no substantial meaning. In addition, the US president must be smart about how he uses limited political capital. He may have to appeal to Congress on some issues to win compromise on other issues, which may lead to decisions that are detrimental to the China-US relationship, including arms sales to Taiwan. It is natural for China to react to that, but China needs to respond in ways that don’t further damage the base of the bilateral relationship. For a long time China’s sometimes emotional overreactions created a vicious circle. Fortunately, we are seeing improvement here, including President Xi’s decision to visit the US this September just before the 2016 presidential campaign begins in earnest. China’s restrained reaction to US arms sales to Taiwan last December is another positive example.

Also important is a sense that the United States is changing its policies toward China. For a long time, the US has mixed integration and insurance when dealing with China. Specifically, the US has been integrating China in the economic sphere, such as by welcoming China’s participation in the WTO. The insure part focuses on security, which China is accustomed to but is not satisfied with. Recently, there seems to be a shift: the “insure” part is extending to economic fields. The US exclusion of China from the TPP and obstruction of the AIIB suggests that the United States is seeking to create new norms without China’s participation. It is counter to the spirit of integration in the economic sphere and is not a smart diplomatic posture for the US, as evidenced by the recent decisions by more than 40 countries to join AIIB.

Another area of conflict is cyber security. It was not sensible for the US to prosecute five PLA officers for cyber theft last year. China restrained itself by not charging US intelligence officers for cyber spying in retaliation. This move showed the hypocrisy and arrogance of the US. This arrogance will be perceived by China as a threat and encourage misperception.

This list is not exhaustive. It would be great if China and the US could establish mutual trust gradually, but it is impossible in the short term. China and the US should learn to live together without mutual trust. The concept of a “New Type of Major Country Relations” is China’s endeavor to set a bottom line for China-US relations. This bottom line is to avoid conflict, a goal to which both China and the US agree. Both countries should learn to prevent the spillover of disagreements into other areas. Both should also learn to look for areas where interests overlap.

The China-US relationship is one area where President Xi may want to leave a legacy, but it is not his only option. Windows of opportunities are short and fragile. If we miss this one, we may lose it.