America vs. China, Russia and Iran in Latin America: Who Wins? 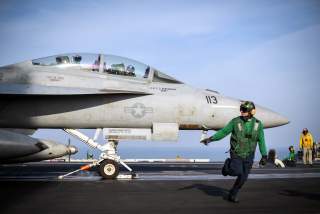 The Pentagon contends that South America is become the next battleground in this era of renewed great power competition. China, Russia and Iran are increasingly encroaching on South America, which has been part of Washington’s Western regional hegemony since the Monroe Doctrine of 1823.

“They do not place the same value on the freedoms and principles that we share with democratic nations in the Western Hemisphere. Those freedoms and principles are what unite us, and we are watchful for attempts by China, Russia and Iran to erode those shared principles to threaten our interests, or undermine our partnerships within the region. These shared concerns are driving our efforts to continue building a network of capable partners across the Defense Department, the federal government, the Western Hemisphere, and ultimately, the international community.”

Tidd did not specify how Russia or Iran were attempting to undercut America’s unquestioned hegemony in South America, which traditionally has had little to do with promoting democracy or human rights. Historically, U.S. hegemony in South America has been about securing commercial interests and thwarting other great powers from gaining a foothold in America’s backyard. Thus, it would appear nothing has changed—the Washington intends to continue enforcing the Monroe Doctrine in some fashion.

China’s interests in South America appear to mostly be commercial in nature, but has nonetheless irked Washington because any foothold Beijing gains in the Western hemisphere undercuts America’s regional hegemony.

“I would say largely categorized under economic competition—engaged in very, very significant economic competition,” Tidd said. “The most noteworthy ones, I think, that have come about recently -- the significant investments that China's making in Panama. And so, both infrastructure and attempting to, I think, seal deals for—in a variety of countries to—for the I.T. infrastructure—to install. And so, it's just—it's an area where, more and more, they are coming in.”

Tidd said his concern is that China is not being transparent in its business dealings in South America. “The concern, obviously, that we point out to a number of countries is, with China, transparency of financial dealings is not always evident,” Tidd said. “And so, if you are concerned about how the banking deals are set up, what the terms are, whether they abide by all of the international norms and practices—that won't necessarily be obvious, if you decide to deal with them.”

Tidd said that South American countries are free to make their own choices as sovereign nations, but reminded them that the United States would be around long after other potential partners have departed.

“Understand, you know, who is probably going to be here long after other partners leave,” Tidd said. “You know, every country is a sovereign nation and has the ability to make the best deals that they can for them. But just recognize that sometimes there's more involved than just the initial sticker price.”

Meanwhile, there is no indication that Beijing has any interest in a military presence in the Western hemisphere.

“I would just say it's something that is always worth paying attention to, watching closely,” Tidd said. “We have seen China make some very interesting moves geopolitically and establish bases in parts of the world that, previously, there was never any expectation that they might be there.”

Tidd emphasized the United States needs to maintain its presence in South America. “If we value this region, if we value our relationships, we must continue to pay very close attention to our relationships,” Tidd said. “We can't take them for granted. We've got good partners but, ultimately, we have to be present in order to compete.”