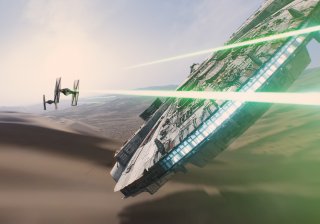 The Air Force is increasing computer simulations and virtual testing for its laser-weapons program to accelerate development and prepare plans to arm fighter jets and other platforms by the early 2020s.

To help model the effects of such technologies, the service has awarded Stellar Science a five-year, $7 million contract for advanced laser modeling and simulation.

The Albuquerque-based company is expected to continue the work started in 2014, when the Air Force tapped the group to develop computer simulations and virtual testing of directed energy weapons.

Lasers use intense heat and light energy to incinerate targets without causing a large explosion,  and they operate at very high speeds, giving them a near instantaneous ability to destroy fast-moving targets and defend against incoming enemy attacks, senior Air Force leaders explained.

Low cost is another key advantage of laser weapons, as they can prevent the need for high-cost missiles in many combat scenarios.

Air Force Research Laboratory officials have said they plan to have a program of record for air-fired laser weapons in place by 2023.

The developmental efforts are focused on increasing the power, precision and guidance of existing laser weapon applications with the hope of moving from 10-kilowatts up to 100 kilowatts, Air Force officials said.

Service scientists have explained that much of the needed development involves engineering the size weight and power trades on an aircraft needed to accommodate an on-board laser weapon. Developing a mobile power source small enough to integrate into a fast-moving fighter jet remains a challenge for laser technology.

Air Force leaders have said that the service plans to begin firing laser weapons from larger platforms such as C-17s and C-130s until the technological miniaturization efforts can configure the weapon to fire from fighter jets such as an F-15, F-16 or F-35.

Air Combat Command has commissioned the Self-Protect High Energy Laser Demonstrator Advanced Technology Demonstration which will be focused on developing and integrating a more compact, medium-power laser weapon system onto a fighter-compatible pod for self-defense against ground-to-air and air-to-air weapons, a service statement said.

Air Force Special Operations Command has commissioned both the Air Force Research Laboratory and the Naval Support Facility Dahlgren to examine placing a laser on an AC-130U gunship to provide an offensive capability.

Another advantage of lasers is an ability to use a much more extended magazine for weapons. Instead of flying with six or seven missiles on or in an aircraft, a directed energy weapon system could fire thousands of shots using a single gallon of jet fuel, Air Force experts said.

According to Stellar Science, “The goal of this research project was to compute the three-dimensional (3D) shape and orientation of a satellite from two-dimensional (2D) images of it.”

Officials throughout the Department of Defense are optimistic about beam weapons and, more generally, directed-energy technologies.

Laser weapons could be used for ballistic missile defense as well. Vice Adm. James Syring, Director of the Missile Defense Agency, said during the 2017 fiscal year budget discussion that “Laser technology maturation is critical for us.”

And the U.S. Navy recently announced that their destroyers and cruisers will possess these systems to help ships fend off drones and missiles.