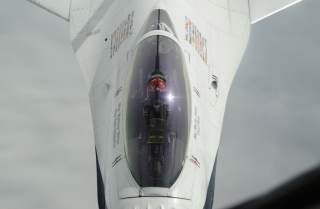 The idea that the United States may send military aircraft and ships to assert freedom of navigation around Chinese claimed islands in the South China Sea is seriously bad. It’s bad because it would involve an unreasonably assertive interpretation of the international law of the sea, and because it shows such little regard for the impact of such action on regional stability.

There are three main implications of the U.S. proposal that concern the law of the sea. The first is the status of China’s claims to the disputed islands. A recent authoritative report from the Center for Naval Analyses in Washington concluded that while Vietnam may have a better claim to both the Spratlys and the Paracels, “[a]t the same time, U.S. policymakers cannot lose sight of the fact that China’s claims may be superior’, and that ‘[t]he absence of an unambiguous legal case in any of these disputes reinforces the wisdom of the U.S. policy of not taking a position regarding which country’s sovereignty claim is superior.” The action now being contemplated can only be seen as an indication that in fact the U.S. has taken a position on the sovereignty claims.

The second issue is the oft-stated line from Washington that China threatens the freedom of navigation in the South China Sea. But what freedoms of navigation are being threatened? China has always said that with freedoms of navigation and overflight, it only disputes the right of the U.S. to conduct military activities, particularly certain types of intelligence collection and military data gathering (so-called ‘military surveys’) in its exclusive economic zone (EEZ). China’s disputation of the right of the U.S. to undertake these activities isn’t without merit, particularly when the military surveys constitute marine scientific research which is under the jurisdiction of the coastal State in its EEZ. Also, it’s significant that several other regional countries, India, Malaysia and Thailand, share China’s position on military activities in the EEZ.

Washington then aggravates the situation by referring to the waters of the South China Sea as ‘international waters’, ignoring the reality that these waters are actually the EEZs of the bordering countries, including China. It also ignores the fact that the high seas freedoms of navigation and overflight available to other countries in these waters shall be exercised with what UNCLOS calls ‘due regard’ to the rights and duties of the relevant coastal State. The freedoms of navigation being claimed by the U.S. in the South China Sea aren’t absolute and have to be exercised with ‘due regard’ to the rights of coastal States. For the U.S. now to be claiming them appears as though it’s ignoring the sui generis nature of the EEZ established by UNCLOS.

The last law of the sea issue arises from reports that the options being considered in Washington include sending aircraft and ships within 12 nautical miles of the reefs and islands occupied by China. This would be an exercise of the right of innocent passage available through the territorial sea. Even though the features may not be full ‘islands’ under UNCLOS, they have a territorial sea. Sending ships and aircraft into such waters specifically for demonstrating a right wouldn’t be a legitimate exercise of innocent passage. UNCLOS makes clear that innocent passage should be “continuous and expeditious,” and shouldn’t involve “any threat or use of force against the sovereignty, territorial integrity or political independence of the coastal State.”

For all these reasons, the action contemplated by the US looks like a dangerously unilateral assertion of rights by Washington. What’s even more worrying is that the U.S., as a non-party to UNCLOS, may be ignoring some of the convention’s carefully balanced outcomes between the rights of coastal States and those of major maritime powers.

In even contemplating such an assertion of rights in the South China Sea, it appears the U.S. has given little consideration to the impact on regional stability. Provoking China in such an aggressive and unnecessary manner can only make the current situation worse. One wonders whether the U.S. knows what it’s doing in the South China Sea. Is it propping up its treaty partner, the Philippines, or is it asserting its own interests vis-à-vis those of China? Does it know its own limitations when it comes to following through on it its actions? Is it thinking of the consequences? Does it have any idea of an endgame in the South China Sea? These are all vexed questions the answers to which are far from clear.

What does all this mean for us here Australia? Basically, it means we should keep well clear of what the U.S. is contemplating, including joining Washington in these protests against China.