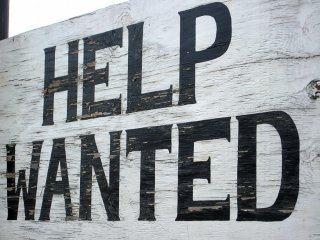 The recent employment report from the Bureau of Labor Statistics (BLS) showed the US economy generated 288,000 jobs, the unemployment rate continued to decline, and the participation in the labor force held steady. By all appearances, it was a blockbuster month for jobs. But one level deeper into the report, it becomes a bit more complicated. Jobs were created, but the question of their quality lingers.

Part-time jobs—with lower wages, less stability, and higher turnover—are less desirable than full-time ones for an economy. There are fewer fringe benefits associated with part-time work, and the jobs are generally considered to be of lower quality. Not to mention a lack of ability to negotiate for higher wages and lower amounts of job training. This leads to slower consumption growth than would normally be associated with similar levels of employment, a labor force that is likely to be much more volatile in future downturns, and workers with lower levels of on the job skills. A part-time economy simply does not have the economic robustness of a full-time one.

A single month of strong part-time employment creation and abysmal full-time employment would be interesting though not troubling. But this is by no means a outlying statistic. In June, the BLS released its May employment report showing that employment levels rose above their pre-crisis peak for the first time, and this was lauded as a seminal moment of the recovery. But this is deceiving. Full-time employment remains 3.7 million below its December 2007 peak after generating 7.6 million since the 2009 bottom. This means that to get back to the peak, the US must generate nearly 50 percent more full-time jobs than it already has during the recovery. The celebration was premature to say the least.

These involuntary part-time jobs are the 2.5 million or more “ghost” full-time jobs the economy will need to create just to bring the involuntary part-time employment numbers down to more normal levels. Interestingly, these involuntary part-time workers are already counted as “employed”, and finding full-time employment changes nothing. Instead, they will simply shift from involuntary to full-time, and it will have no effect on the unemployment rate. Also, because the commonly reported “jobs number” comes from a survey of businesses that does not separate part-time and full-time, the shift will not positively effect on the jobs number reported. Furthermore, it will make it much more difficult to reduce the unemployment rate even with an improving economy. This shift will have an effect on measures of underemployment, the figures that measure slack in the labor market, but that is all.

There is no question that the employment situation has improved since the recession, and being employed part-time is better than being unemployed. But there are “good” jobs, and there are “bad” jobs—good jobs that people take voluntarily, and bad jobs people accept involuntarily. For the moment, the US has far too many bad jobs and is creating too few good ones. The deeper into the statistics one goes, the less there is to be excited about yet in this recovery. Maybe a celebration will be in order when the economy regains its lost full-time jobs. For now, however, quality is lacking.