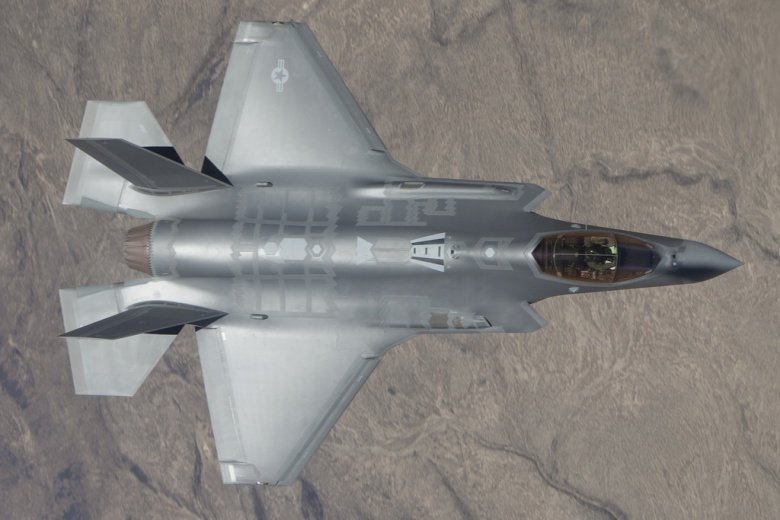 Ramping up production means we will be buying more airplanes that will require ever more fixes in order to be deployable. The GAO has alreadyestimated it will cost $1.7 billion to upgrade planes bought early in the program just to fix the deficiencies so far identified in development testing. These fix-costs will certainly rise as the services continue buying new F-35s and as the more stressful operational testing gets started in the next few years.

There are 175 F-35s operational worldwide. In 2017 the DoD will get 80 new F-35s plus 100 more in 2018. That's 355 F-35s being delivered that can't go into combat and will have to go back to the depot for major rebuilds when developmental and operational testing has discovered and then designed all the fixes required (and then confirmation-tested those fixes to make sure they actually fix the problem). Operational testing and evaluation likely can't be completed any sooner than fall 2021, and that means those 355 F-35s will be non-combat-capable until at least 2023 and more likely 2024 or 2025. In other words, those 355 (plus lots more delivered after 2018) can't go to war for another seven to nine years.

As new problems are identified, the schedule and cost will be affected. And most certainly no funds have been programmed for fixing the far larger number of deficiencies that will be uncovered in the growing backlog of remaining developmental tests—not to mention the additional deficiencies sure to be uncovered in the subsequent operational tests. Ramping up production instead of funding adequate development and testing may stick the services and the taxpayers with hundreds of unusable F-35s because the DoD budget can’t afford the fixes necessary to make them combat capable. These planes would then become little more than very expensive sources of spare parts on the flight line.

The most worrisome news in this report is that officials in the Air Force and the Joint Program Office seem to be ramping up production and simultaneously slow-rolling future testing of the F-35. Dr. Gilmore reports that “plans and support for preparing for adequate IOT&E have stagnated.”

As evidence, he reports that the Joint Program Office has not created a realistic plan to provide production representative aircraft for combat testing. Dr. Gilmore says the program will not be able to produce enough F-35s in the necessary final configuration to proceed with operational testing. “Due to the lengthy program delays and discoveries during developmental testing, extensive modifications are required to bring the OT aircraft, which were wired during assembly to accommodate flight test instrumentation,…into the production representative configuration required,” the report states. It goes on to say that more than 155 modifications have to made to the 23 planes needed for the upcoming combat (“operational”) testing and that some of these have not even been contracted yet, meaning that the start of IOT&E will be further delayed.

Not only has the Joint Program Office failed to create an adequate operational testing plan, it has failed to fund and test the equipment essential to conduct the tests. This includes no funding for flight-testing the Data Acquisition Recording and Telemetry pod, an instrument mounted to the F-35 that is used to simulate the aircraft’s weapons. This is essential for reporting and analyzing the results of each simulated weapons firing. There can be no such tests until the pod is cleared for function and safety in conditions that the plane will fly during the engagement and weapons testing.

The report also states that the simulation facility needed for the most complex and combat-realistic of the operational test scenarios is still not on track to be delivered on time, despite 15 years of Joint Program Office promises that it would be. This is the Verification Simulator, which is supposed to provide multiple ultra-realistic, thoroughly test-validated pilot cockpit simulators operating together to enable operational testing of multi-ship tactical scenarios with large numbers of advanced threats. It’s the only way to test many of the F-35’s capabilities because the test ranges cannot realistically replicate the full spectrum and quantity of targets and threats the F-35 combat formations would confront. Beginning in 2001 Lockheed Martin engineers were under contract to create this complex simulator facility, but the project had fallen so far behind that DOT&E questioned whether it would be ready in time for operational testing. Rather than reinvigorating that project, the JPO moved the entire simulator development to a Navy lab. That lab is now in the throes of trying to take over this monumental design, fabrication, and verification testing task. According to the DOT&E memorandum, the Verification Simulator will not be ready for the currently planned IOT&E start date in 2018—and perhaps not until two or more years later.

The Last Honest Assessment of the F-35 Program?:

This DOT&E memo clearly exposes the Air Force’s F-35 IOC announcement as nothing more than a publicity stunt.

Unfortunately, Dr. Gilmore’s memo may prove to be one of the last honest assessments of the F-35 program the Congress, White House, DoD, or American people receive. Dr. Gilmore’s position as Director, Operational Test & Evaluation is an appointed one, made by the President. He has proven himself to be an independent, principled actor. He has resisted the temptation that several, though certainly not all, of his predecessors failed to resist: to act on behalf of their future employers in the defense industry by signing off on ineffective operational test plans or watering down reports of operational test failures to make it appear as though all is well for continued program funding.

And so it may be again in a few months. With a new Administration, there may well be a new head of operational testing. Unless a competent and courageous operational tester, one not beholden to industry, occupies that office, the men and women who have to take these weapons into combat will be in danger of receiving flawed tools that could cost them victory and their lives. With all the evident foot-dragging that has taken place so far, a skeptical observer could be forgiven for believing that those in charge of the F-35 program may be attempting to run out the clock on Dr. Gilmore’s tenure.

This first appeared on The Center for Defense Information at POGO website here.