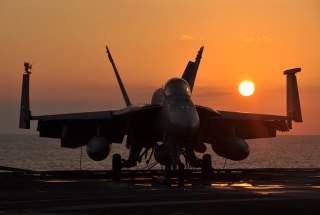 Raytheon has completed production of an initial batch of 250lbs Small Diameter Bomb IIs, which are set to become the Pentagon’s primary air-to-ground weapon for the close air support role.

The glide-bomb, which is designed to attack ground targets such as tanks and armored personnel carriers, will eventually be integrated for use onboard the Lockheed Martin F-35 Joint Strike Fighter, Boeing F/A-18E/F Super Hornet and the Boeing F-15E Strike Eagle.

Indeed, for the F-35, the SDB II is a critical weapons that will enable it to perform its close air support mission. SDB II does much more than hit GPS coordinates; it detects, classifies and engages targets," Mike Jarrett, Raytheon Air Warfare Systems vice president, said. "When it is integrated on the F-35A, this weapon will also help the world's most advanced fighter jet reach entirely new targets."

Indeed, the SDB II should afford future Joint Strike Fighter pilots a range of additional option for engaging a variety of targets. The precision-guided glide-bomb is equipped with a tri-mode seeker with millimeter wave radar, uncooled imaging infrared guidance and semi-active laser guidance to find its targets in addition to its GPS/inertial guidance system. It also has a two-way datalink that allows it to receive in-flight target updates. The range of guidance systems allows the pilot a lot of flexibility, especially in bad weather. The weapon should be able to attack targets at ranges greater than 45 miles.

Raytheon has completed Lot 1 production of the new weapon and is under contract with the U.S. Air Force to produce Lots 2 and 3. The weapon should be operational onboard the F-15E by 2019. It will next be introduced onboard the U.S. Navy’s F/A-18E/F fleet in 2020 and subsequent will be integrated on the F-35 in 2022.

"Fielding the GBU-49 for use on the F-35A is a key milestone in delivering combat capability to the warfighter," Brig. Gen. Todd Canterbury, director of the Air Force F-35 Integration Office, said in a statement. "The F-35 is operational and combat ready, and integrating the GBU-49 with the aircraft makes the F-35 even more lethal than it already is."

As originally envisioned, the single-engine stealth fighter did not include the ability hit moving targets with a laser-guided weapon in its Block 3F software load. Even though F-35s equipped with the final Block 3F configuration have the ability to identify and track multiple moving ground targets, when the Pentagon originally set the requirements for what became the Joint Strike Fighter program, the idea was that pilots would use cluster munitions to engage those enemies. However, since the Convention on Cluster Munitions (CCM) was adopted in 2008, such weapons have fallen out of vogue. The United States is not a signatory to the treaty, but Washington abides by the provisions of the document for the most part.

Because Washington does abide by the CCM treaty—for the most part—the Pentagon needed a solution to hit moving targets from the F-35 without resorting to cluster bombs or the pilot manually adjusting a laser-guided bomb like the GBU-12— which is an earlier version of the GBU-49—to hit those targets.

To that end, the U.S. Air Force awarded Raytheon a $59.7 contract to buy the GBU-49 Enhanced Paveway II for the F-35. According to the Air Force, the addition of the GBU-49 “will enable the F-35A to strike moving targets when integrated with the aircraft's Software Block 3F until Laser Joint Direct Attack Munitions and Small Diameter Bomb II munitions are integrated in later software releases.”

The Air Force expects to start flight-testing of the GBU-49 with the F-35A this month—December 2017. If all goes according to plan, the Air Force will receive an initial 400 guidance kits by the end of January 2018.