America's Greatest Challenge in Asia (and it's not China) 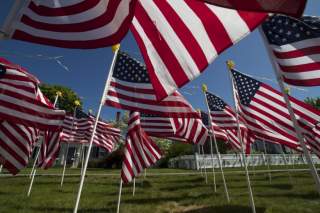 It is nearly impossible to overestimate the importance of the Trans-Pacific Partnership (TPP) to the United States. Yes, the trade deal will generate considerable economic benefits: the Peterson Institute for International Economics reckons that real income benefits to the United States could be as high as $77 billion per year, and TPP would generate an additional $123.5 billion in US exports by 2025. But the real value of the TPP is not economic. It is a strategic landmark, and the ability to forge an agreement and muster the support in Washington to ratify any eventual deal shows that the US understands the challenges of the 21st century and can meet them.

The TPP negotiations were launched in 2002 by three countries. They gradually expanded and took on their latest member, Japan, in 2013. Today, 12 countries participate, representing 11 percent of world population and 39 percent of global GDP. They were supposed to have reached agreement by the end of 2014, but that deadline slid by and negotiators now hope to wrap things up by the end of this year.

For the US, the TPP is a defining feature of the “rebalance” to Asia. The trade negotiation is the clearest signal of the US desire to re-engage this vital region and to rebalance the terms of US involvement more equally among the military, diplomatic, and economic elements of the US foreign policy toolkit. In every discussion of the rebalance, the TPP is showcased; in a recent meeting with DoD officials on US policy toward the region, the last bullet in the presentation focused on TPP.

The US commitment to a successful TPP outcome shows that Washington understands Southeast Asia and the centrality of economics to regional thinking. In recent years, there has been a bifurcation of roles in Southeast Asia: the US is the security provider while China has become the most important economic partner. While Southeast Asia governments want the security guarantee, they prefer it to be the silent backstop – the bookend – of US engagement. They seek a more active US economic presence that builds upon the security presence. They acknowledge that the US military is essential to regional stability but they don’t want it to be front and center. The readiness to shift the terms of engagement is an important indication that the US “gets” the region and its priorities.

Guiding the TPP talks to a successful conclusion also shows the US understanding of the importance of regional rule making, of reinforcing the open trade order that has contributed to prosperity in the Asia Pacific (and globally) since the end of World War II. A TPP deal will demonstrate to Asia (and the world) that the US appreciates the need to update and adapt an increasingly archaic regional order and innovate when needed.

Reaching a TPP agreement will show that the US can muster international leadership on key issues, that it can forge consensus among regional states, and – critically – is capable of making compromises without sacrificing the goal of creating a more open and equitable regional trade order. Perhaps most significant, it will serve as a counter to the appalling failure to pass reforms that would adjust IMF voting rights and show that the US retains the capacity to act and can rise to the occasion, overcoming the spectacle of DC gridlock.

That said, there are three dilemmas that are central to the TPP and US engagement in it that have received little attention.

First, US seriousness about trade and economic engagement is likely to generate more friction in bilateral relationships. As the US focuses on the economic dimension of its partnership with Asia, it is going to demand a more equitable relationship. In theory, TPP takes care of this by creating mutually agreed upon rules that level the playing field along with dispute resolution mechanisms to deal with problems. In fact, however, we should expect greater attention from politicians to economic concerns as Asia becomes a focus of US strategy. If Asia matters more, then politicians will expect more from Asian partners, especially at a time of greater talk about creating economic opportunity at home and the need to adjust to global trends. These new tensions will not be insurmountable, but they will be formidable.

Second, while US businesses will profit greatly from TPP, they are not well suited to make the case for its passage. US businesses will be great beneficiaries of TPP and those already in operation in Southeast Asia eagerly anticipate the deal. Yet, when they discuss TPP, their focus, understandably, is on their bottom line. While important, the case by US companies already operating overseas is less compelling than that made by businesses (and labor) in the US. Ultimately, these become debates over statistics and methodologies with whoever gets the last word prevailing. As was noted above, that is the wrong way to look at TPP. The economic benefits are important, but the real value of TPP is strategic. It is about leadership in the Asia Pacific and the business bottom line is secondary. US business leaders are unprepared – perhaps even unable – to make that case.

Finally, and this is the most powerful dilemma, if the TPP is a strategic agreement with an economic component, then the United States must show leadership by compromising to conclude a deal. While the US seeks to create a “gold standard” for such arrangements, Washington will have to trim its demands to find common ground with the 11 other negotiating partners. It must take a larger view, putting agreement on the need to reach a deal which benefits all 12 countries’ citizens above a “purer” deal that would most benefit the US. All negotiations eventually reach this balancing act, but the US should be moving more quickly to get there and be preparing for the blowback that will follow when those compromises are made public.

Good luck. Democrats in Congress remain suspicious of trade deals and the Republican Party is divided and its support for trade liberalization can’t be taken for granted. In addition, there are those who oppose giving President Obama any legislative victories; another group is reluctant to cede any power to Obama, an attitude that makes Trade Promotion Authority – the “fast track” that is a prerequisite to TPP – a tough sell.

There is more at stake in these negotiations than just the TPP or the rebalance. Their outcome will shape perceptions of US seriousness about engaging Asia and maintaining its leading role in the region. Ultimately, the US must be ready to do more to advance public goods than the US national interest narrowly defined. That is the essence of leadership and it is a test that the US has yet to pass.