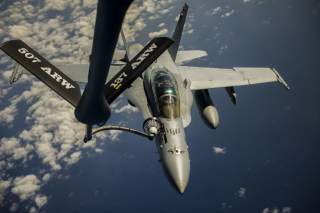 'Who lost China?' is perhaps the most dreaded question of modern American foreign policy. It reveals the historical dilemma that haunts Washington today: The rise of China will inevitably challenge America's longstanding presence in Asia; it doesn't matter whether American interests actively help or hinder China's rise, this outcome seems inexorable.

As Hugh White warns, elite opinion in Washington appears to be swinging back to a harder-edged conclusion that abetting China's economic expansion has brought America a problem of its own making. A parallel bout of angst is troubling former Kremlinologists: why have the West's relations with Russia become so terrible? Did Western policies help or harm? Could it have been otherwise?

These questions of course reflect an ancient anxiety over the two great powers. China and Russia are mighty, independent sovereigns with un-Western worldviews, and they always have been. As Andrew Browne recently wrote, it is "bogus" to imagine that China (or Russia) were ever "America's to lose."

That may sound nihilistic, but he's right.

A constructivist view would emphazise the importance of personalities. The leaders of great powers do make a difference to the course of events.

Almost a decade ago Edward Lucas foresaw that "the men who rule Russia" were never going to accommodate with a liberal West. "Once a Chekhist, always a Chekhist" goes the saying about the congenitally suspicious ex-KGBsiloviki (hard-men). Ironically, Vladimir Putin once looked like an accidental appointment, a bland "compromise" apparatchik with a safe pair of hands to succeed the tottering Boris Yeltsin. Looking at China today, it is hard not also to wonder if it would be different if, say, Li Keqiang's tuanpai faction in 2012 had been powerful enough to hoist him to the top job, instead of settling on the more 'neutral' candidate, Xi Jinping?

Probably not, thinks Jonathan Holslag, who has become a reluctant realist of the 'offensive' variety:

...whatever Chinese leaders claimed in terms of their grand strategy for peace in Asia, these policies can only work if China effectively builds a new empire... [and] that makes China almost pre-programmed to crush the existing liberal order as soon as it has the means to do so.

His melancholy new book, echoing John Mearsheimer and Aaron Friedberg, concludes that "Asia is in for another tragedy of great power politics, but it is not China's tragedy alone." With that last clause he emphasizes that China is not specifically to blame; it is simply pursuing rational ends, to which others naturally will react. Even if China were democratic rather than authoritarian, it might make little difference. The realist tragedy is that "we know how the story ends, we do not like it, but we are seldom able to change it."

So rather than describing history by the whims of powerful leaders, or through ideological conflict, the realist view is a structural one.

Barring truly unexpected events, great powers typically act consistently to maximize their security, and therefore their power. In fact, the central argument of Holslag's book is this: "for all the policy changes, China's interests have changed remarkably little." He marvels at the adeptness of Chinese diplomacy, by turns threatening and pleading, magnifying small concessions while patiently hardening its own valued claims, "gaining power without too much resistance." He documents more than six decades of Chinese action conducted, sometimes brutally but usually delicately, around its consistent central aim to make the world safe for the newly restored Sinosphere.

Holslag splendidly describes China's ideal political, military and economic order in Asia, and it does not make easy reading for China's neighbors: they are either subsumed into China's project or marginalized from it. China's industries lead the world, its globe-spanning middle classes speed on bullet-trains through a verdant homeland of country estates. It controls all the Western Pacific, and from the Himalayas it looks down upon south and central Asia "having urbanized without industries... slithering from one political crisis to the next." Holslag is especially scathing about the weak reform performance of India, a nation that was China's equal not long ago. In his China-dream scenario "Russia's fate is obvious" too: as a resource colony. Japan retires into irrelevance.

But of course these countries get a vote. It's possible things might not work out so beautifully for China. As Edward Luttwak has argued, others will – indeed must, by "logic of strategy" – react by balancing. Holslag foresees a bipolar Asia as a real possibility, with the Sinosphere surrounded by a rimland of littoral states in loose alliance.

If so, the organizing architect will be Washington. Perhaps the Americans are slowly awakening to this prospect, forced to completely modify their self-image as Asia's unique protector, and forced to recalibrate their relationships and ambitions in the region. This would mark a seminal change in US foreign policy. By contrast, Chinese eyes have been on their prize without blinking. Their objectives have been constant all along.