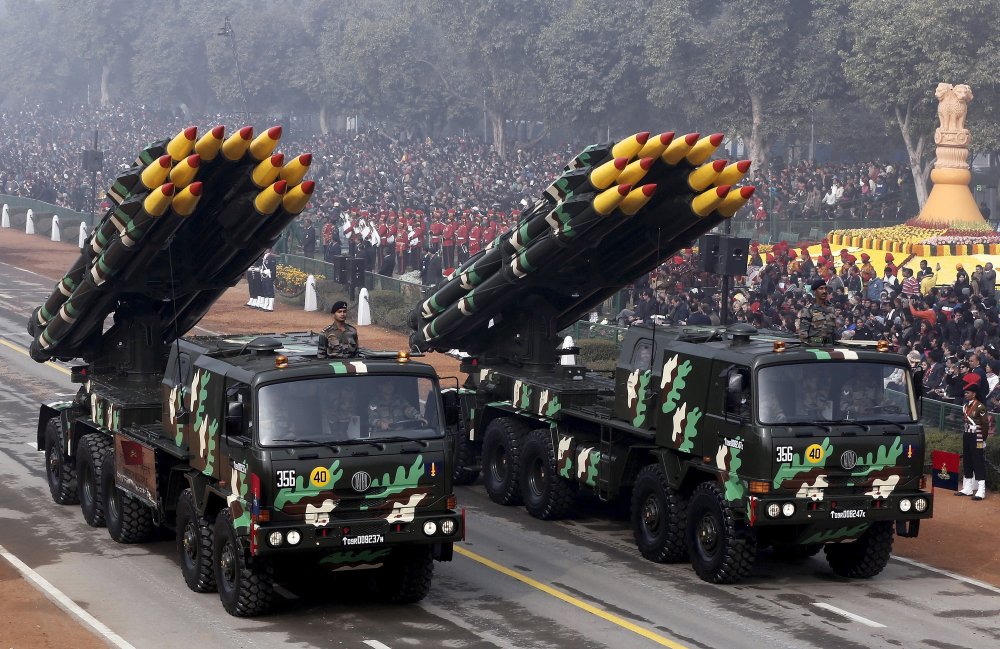 Ballistic missile defense systems have exploded in prominence across the globe since the United States withdrew from the 1972 Anti-Ballistic Missile (ABM) Treaty in 2002. Designing integrated radar warning systems and interceptor batteries that can shoot down a ballistic missile in flight is often described as akin to knocking down a bullet with another bullet, but the technology to perform such a feat is now entering service in countries like Japan, South Korea and Saudi Arabia.

India’s acute interest in missile defense predates the demise of the ABM treaty, however, as it came uncomfortably close to a full-scale conflict with a nuclear-armed Pakistan during the 1999 Kargil War. This led New Delhi to begin early development of an ABM system which accelerated after the Washington vetoed a bid to acquire the Israeli Arrow-2 interceptor in 2002. With the successful testing of the Prithvi Air Defense missile in 2007, India became only the fourth country to have developed a functioning ballistic missile defense system, ahead even of China.

Together the two systems offer only patchy protection of certain key cities. The Indian Defense Research and Development Organization (DRDO) is currently testing a successor to the PAD—the Prithvi Vehicular Defense—with greater range and speed, and a maximum interception altitude approaching that of the U.S. THAAD system.

The Indian ABMs are cued onto their targets by giant Swordfish Long-Range Tracking Radars, an indigenously built derivative of the Israeli Green Pine radar, which is used in BMD systems in both Israel and South Korea. The Swordfish currently has a range of 500 miles, though there are plans to upgrade it to over 900 miles. It can track up to 200 targets simultaneously, and is claimed to have the resolution to detect an object the size of a cricket ball.

At first glance, the Prithvi Air Defense missile seems quite capable, with a range of 1,250 miles and a maximum altitude of 260,000 feet, making it an exospheric interceptor. The missile is programmed prior to launch by the BMD command center on an intercept trajectory, which it maintains using an inertial navigation system. It receives midcourse updates to its trajectory using data from the Swordfish radar, and then in the terminal approach phase switches to its own active radar seeker and destroys the target with a proximity-fused warhead.

However, a major limitation of the PAD is that the second phase of the two-stage rocket uses liquid fuel. As liquid rocket fuel corrodes fuel tanks when stored for long, the PAD could not be on standby 24/7. Instead, it would need to be gassed up during a period of crisis in anticipation of trouble. This is less than ideal for a weapon intended to defend against an attack which might come at any moment.

For defense at low-altitudes, the solid-fuel Advanced Air Defense system, or Ashwar, uses an endospheric (within the Earth’s atmosphere) interceptor that knocks out ballistic missiles at a maximum altitude of 60,000 to 100,000 feet, and across a range between 90 and 125 miles for local defense. The AAD has performed successfully in most tests against targets at altitudes of 50,000 feet, though an improved model failed a test in April 2015 before succeeding in subsequent attempts. It is claimed the Mach 4.5 missile might also have application against cruise missiles and aircraft.

The new Prithvi Defensive Vehicle looks to be a promising “Phase 2” replacement for the PAD. This new two-stage exo-atmospheric interceptor uses only solid-fuel rockets, and can theoretically hit targets nearly as high as 500,000 feet at a range that may be as far 3,100 miles. Upon leaving the earth’s atmosphere, the interceptor ditches its heat shields and activates an infrared seeker that helps it discriminate between decoys and its target.

The PDV’s first test in 2014 missed its target but was still proclaimed a success. A second test on February 2017 succeeded in striking a Prithvi II missile. The PDV is believed to be faster than the PDA, possibly giving it IRBM-interception capability.

India also has several additional forthcoming systems with application to ballistic missile defense: an extended-range variant of the Barak-8 naval surface-to-air missile currently under development with Israel called the LR-SAM or Barak-8ER (projected range: 93 miles), and five Russian S-400 surface-to-air missiles systems, capable of firing Mach 8-plus missiles over a range of 200 miles. These will supplement S-300Vs already in Indian service that have some ABM capability.

A final note regarding the testing track records of the Prithvi and AAD: ABM tests are often conducted under ideal conditions more forgiving than those that would be encountered in a realistic combat scenario. The tests appear to have been conducted against slower SRBMs that do not employ evasive maneuvers or decoys. Therefore, claims that the BMD system would have a 98 percent hit probability rate should not be taken too literally.

India’s defenses are of greater significance to countering Pakistan’s rapidly growing arsenal of short- and medium-range ballistic missiles—and Pakistan’s policy amounts to “First Use!” In fact, India’s ballistic missile defenses add an ambiguous new dimension to one of the scariest arms races on the planet.

On several occasions, groups connected to the Pakistani state have committed violent attacks on Indian soil such as the Pakistani Army infiltration of Kargil in 1999, the attack on the Indian parliament in New Delhi in 2001, and the Mumbai terror attacks in 2008. Frustrated by these incidents, New Delhi claims that if sufficiently provoked by a future attack, it would swiftly retaliate by launching a mechanized assault into Pakistan per the Cold Start doctrine. However, Islamabad maintains that it would retaliate with nuclear weapons against a conventional ground attack—thus effectively claiming a nuclear trip-wire along the Line of Control between the two states.

India’s BMD program would only counter a portion of Pakistan’s nuclear capabilities. Many of Pakistan’s nukes are in fact smaller, shorter-range tactical weapons for targeting frontline forces that may not enter within reach of Indian interceptors positioned to protect key cities.

Furthermore, not all of Pakistan’s roughly 140 nuclear warheads are mounted on ballistic missiles. There are also nuclear gravity bombs slung under F-16 fighters, Ra’ad nuclear-tipped cruise missiles on Mirage IIIs and JF-17s, and possibly in the future Babur submarine-launched cruise missiles.

Other critics fear that the existence of ballistic missile defenses may simply prompt Pakistan and China to devise even deadlier nuclear missiles employing decoys, evasive trajectories and multiple reentry vehicles (MIRVs) to shower warheads over several targets. These would pose a formidable challenge for any ABM system. Alternately, Pakistan might simply produce more missiles and warheads, and plan saturate the Indian defense system, with the possible consequence of inflicting even more damage than would have been the case.

A short article in the Dawn newspaper implies that India’s growing defenses will indeed engender such a reaction in Islamabad. Fearing that the system will “negate” Pakistani strategic strike abilities, the columnist concludes India’s ABM interceptors will “force the armed forces to counter it, a solution which would prove to be both costly and time consuming.” Indeed, in January 2017 the Pakistani military tested an Ababeel medium-range ballistic missile its claim can deploy MIRVs.

This highlights the tendency of adversaries to perceive ballistic missile defenses as a means to enable offensive schemes, rather than simply to preserve the lives of the populace. There is indeed concern that BMD systems may embolden national leaders to pursue military options based on an inaccurate perception that their nation will be impervious to nuclear retaliation. In truth, no BMD system anywhere is a hundred percent reliable; for example, the United States’ SM-3 and GMD interceptors have averaged 50–60 percent success rates in tests. India’s system will only protect a few major cities in the coming decade, and does not counter all possible vectors of nuclear attack.

New Delhi’s rapid development of an indigenous BMD system remains a remarkable technical achievement. As the PDV and AAD batteries are installed and expanded, they may serve to protect major Indian cities against a limited nuclear strike, or discourage attempts to launch one in the first place. However, it remains to be seen whether the defensive benefits afforded by the missile interceptors will not be rapidly counterbalanced by improvements to offensive capabilities they spur in India’s adversaries.