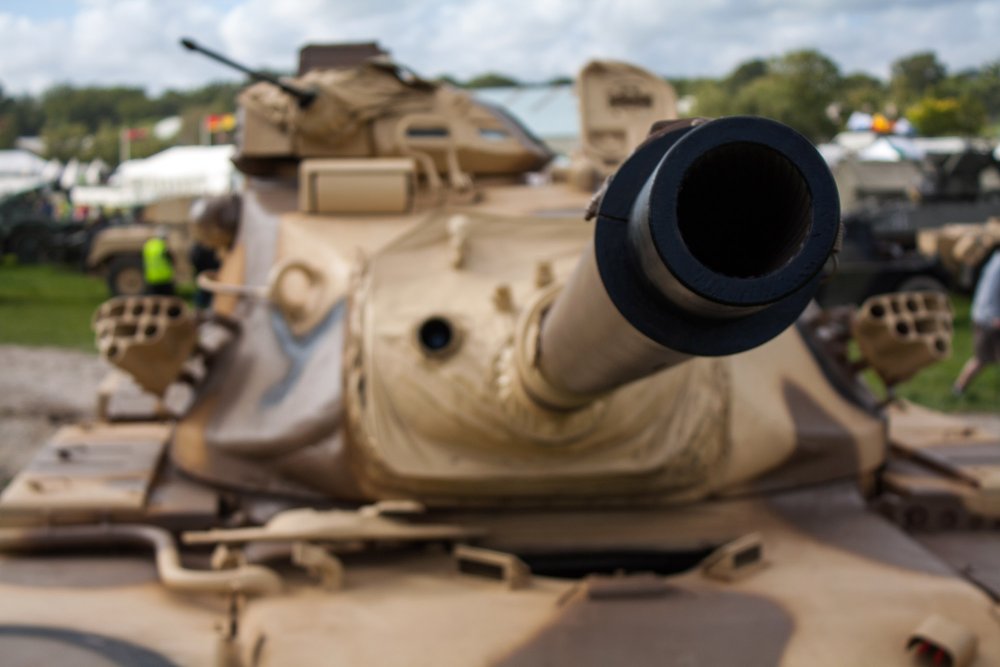 During the Cold War, one U.S. Army main battle tank served longer and fought on more battlefields than any other. While the world is familiar with the now-iconic M1 Abrams tank, the M60 tank served during an important time in American history, defending key American allies and provided the U.S. Army in Europe with a solid, dependable tank to fend off the armored hordes of the Soviet Union and the Warsaw Pact. A descendant of Korean War era tanks, the M60 was an example of how incremental advances in military technology could progressively better fighting machines.

The M60 tank was originally based on the M48 Patton tank. Fielded in the early 1950s and itself based on the M47 and M46 tanks, the Patton featured advanced fire control that gave it nearly a 50 percent chance of a first round hit at 1,500 meters, a reduction in crew from five to four, and a hemispherical turret that gave excellent crew protection. The downside of the M48 was a mediocre 90-millimeter main gun and appallingly bad range (seventy miles). Despite these mixed reviews the Patton was rushed into production in 1953.

In 1956, British intelligence acquired information regarding the new Soviet T-55 medium tank. A radical departure from the wartime T-34 series, the T-55 featured the D-10T 100-millimeter rifled gun. This new threatened to outgun NATO armies whose tanks were largely equipped with 90-millimeter guns, and as a result, the United Kingdom developed the 105-millimeter L7 gun. Known as the M68 in American service, integrating the gun into the Army’s tank fleet became a high priority.

Unfortunately, the L7 gun was not only larger than the standard 90-millimeter gun but used larger shells. This necessitated a turret redesign to accommodate the new gun which increased the internal volume of the turret while giving it a lower profile. The army also threw in a new 750 horsepower diesel engine and and also improved the level of protection in the form of flat-rolled glacis armor on the front of the hull. The new tank was designated M60 and began rolling off production lines in 1960. Some 15,000 M60s of all types rolled off assembly lines in Detroit, Michigan.

The first upgrade to the M60 line, the M60A1, introduced a new turret mounted spotlight, new turret interior with improved ergonomics, an infra-red night vision system, and an improved reliability engine. Both M60 and M60A1s were sent to Israel to arm the Israeli Defense Forces (IDF), and were designated Magach 6 and 7, respectively. IDF M48 Pattons and M60s performed well in during the 1973 Yom Kippur War, but suffered heavy losses when tanks outpaced infantry and ran into Egyptian antitank teams fielding AT-3 Sagger antitank missiles. The Israelis also discovered that the M60’s highly pressurized turret hydraulic fluid tended to catch fire, a major hazard to crews bailing out of damaged tanks.

The army’s quest to develop a tank with leap-ahead antitank technologies led to the second M60 variant, the M60A2. The A2 replaced the gun and turret of the A1 with a redesigned turret and a 152-millimeter gun/missile launcher. This would allow the M60A2 to engage enemy tanks at long distances with the Shillelagh antitank missile, allowing for a high probability of hit at ranges of up to 3,000 meters, while using 152-millimeter gun shells for closer range and lightly armored targets. Unfortunately the gun/missile launcher proved unreliable, as the recoil from firing the gun shells wreaked havoc with the missile launcher’s sensitive electronics. The caseless design of the gun rounds also expelled hot debris inside the tank, threatening to detonate rounds held at the ready. The M60A2 was not considered a success, with only 600 built and serving for a short time with the U.S. Army Europe before being withdrawn from service.

The last U.S. version of the M60, the A3, was fielded in 1978. The M60A3 was primarily an upgrade of the tank’s electronics and fire control systems, as was meant as a stopgap improvement for M60 units until they were ultimately replaced by the M1 Abrams. The A3 upgrade included a new ballistic computer, an improved fire control system that allowed the main gun to fire accurately on the move, and a laser range finder. However, the greatest improvement was the AN/VSG-2, otherwise known as the Tank Thermal Sight (TTS), which gave the M60 a passive night vision thermal imaging capability as good as that on the new M1.

In the early 1980s, as the U.S. Army was distracted with the deployment of the brand-new Abrams tank, development of the M60 shifted to Israel. The 1982 Israeli invasion of Lebanon saw IDF M60s roll out with a number of improvements, including one of the earliest examples of explosive reactive armor, a 60-millimeter mortar for nighttime battlefield illumination, and a second machine gun for suppressing enemy antitank missile teams. Perhaps most important of all were the Israeli-designed M-111 “Arrow” armored piercing, fin-stabilized discarding sabot round for the L7 gun, which demonstrated its ability to pierce the armor of Syrian T-72 tanks thought to be invulnerable. Israel claimed to have destroyed nine T-72s in Lebanon with the Arrow round. The Arrow was subsequently purchased by West Germany, South Africa and China.

The end of the Cold War saw the U.S. Army eliminate its fleet of M60s entirely in favor of the M1 series of main battle tanks. The U.S. Marine Corps was slower transitioning to a modern tank fleet, and during the 1991 Persian Gulf War was still operating M60A1 tanks. Fears that the Marines’ older tanks would be outclassed by Iraqi T-72 tanks led to U.S. Army armored brigade equipped with M1A1 tanks to be attached to the 1st Marine Division, although the Marine M60A1s ended up performing well.

Although the M60 no longer serves with U.S. forces, it still serves around the world in countries such as Turkey, Morocco, Saudi Arabia, Taiwan and Egypt—often in an upgraded capacity. In one case, Israeli companies conducted extensive upgrades to Turkish M60s, including an Israeli-designed 120-millimeter gun, a new fire control system, applique armor, and new running gear, bring them up to the M60T (Turkey) status. In 2016, Raytheon announced the M60A3 Service Life Extension Program (SLEP), which added the 120-millimeter M256 gun of the M1A2 Abrams and a new, all-digital fire control system developed for the U.S. Army. Engine output has been increased 200 horsepower to 950hp.

The M60 tank was a classic example of how a progressive system of upgrades can keep a weapon system viable for a half century or more. While the M60 was an early case of this, as time goes by the majority of the Pentagon’s hardware is taking this route, as the M16 rifle becomes the M4 carbine, and air force tankers and bombers built in the 1960s prepare to fly into the 2020s. Even the M1 Abrams, first introduced alongside the M60A3 TTS, has gone through several rounds of upgrades. The M60 looks likely to serve into the third decade of the twenty-first century—or further.