America's New LRS-B Stealth Bomber: How Many Does Washington Need? 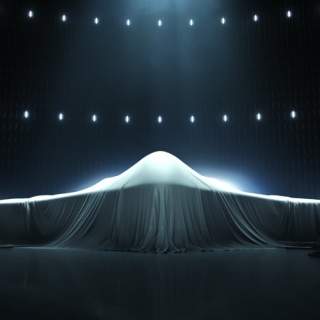 The U.S. Air Force has selected Northrop Grumman to build its new Long Range Strike Bomber (LRS-B), but the service is only planning to buy 100 of the stealthy new warplanes. With only 100 aircraft, the Air Force will not be able to replace its entire bomber fleet which consists of sixty-two surviving Rockwell International B-1B Lancers, seventy-six Boeing B-52s and twenty Northrop Grumman B-2 Spirit stealth bombers. As such the Air Force should consider extending the LRS-B buy—especially if the service makes good on its promise of reducing the new jet’s cost.

In previous years, former Air Force intelligence chief—now dean of the Air Force Association’s Mitchell Institute—retired Lt. Gen. Dave Deptula argued for a minimum buy of 155 LRS-B aircraft. That would be enough to equip ten squadrons with twelve bombers each. But in an ideal world, the service would need 175 LRS-B bombers, Deptula had told me in early 2011. With a fleet of the175 bombers, 120 of those jets would be "combat coded" aircraft. About fifty-five additional jets would be needed to fully equip the service for training, attrition reserves, backup aircraft inventory and flight-testing.

With the Air Force paying $21.4 billion to develop the jet in 2010 dollar and then paying $564 million per aircraft for the bombers production run, the cost estimates are fairly low--by the service’s own admission. In fact, the Air Force says it can surpass that number in its own cost estimates, not to mention the two independent cost estimates it commissioned for the program. “If we remain disciplined and keep program requirements stable, we believe we can beat these estimates in the future as part of ‘should cost’ savings,” Air Force acquisitions chief William LaPlante told reporters on Oct. 27. Further, given that the bomber is being designed with an open mission systems architecture, upgrades and support costs should be less.

The LRS-B, in other words, is a relative bargain and the service could achieve greater economies of scale with an even larger buy. If one accepts the premise that the Western Pacific will take center stage in the decades to come, an extremely long-range broadband all-aspect stealth aircraft will be far more relevant than any short-range tactical fighter in that theatre. Bases in the region are not only scarce, they are also highly vulnerable to Chinese attack.

Moreover, while the Air Force has a plan to replace most of its current tactical fighter fleet with the Lockheed Martin F-35, there is no plan in place to replace the Boeing F-15E Strike Eagle. Conceivably, the Air Force could replace the Strike Eagle with a variant of its forthcoming F-X sixth-generation fighter, but service officials say that program is focused on replacing the Lockheed Martin F-22 Raptor and Boeing F-15C Eagle in the air superiority role. There has been no thought given to replacing the long serving Strike Eagle interdictor.

What the Air Force should consider doing is extending the LRS-B buy past even Deptula’s 175 aircraft figure and procuring enough jets to replace the service’s six squadrons of Strike Eagles. Obviously, there is no need to replace the 219 F-15Es one-for-one with the LRS-B, but the Air Force should consider buying eighty-four additional bombers to replace the Strike Eagle fleet. That would buy six more squadrons of twelve aircraft with two back-up jets a piece. So the total LRS-B buy should be 259 aircraft—which would make the massive initial investment pay some dividends.

How to pay for it? With 259 LRS-B bombers, which are far more relevant for future wars in the Asia-Pacific, the United States would not need as many short-range tactical fighters—especially one that was optimized for a less robust threat environment than the one that is starting to emerge. The F-35 buy should therefore be truncated to pay for more bombers.