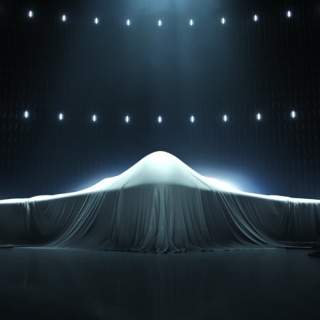 What’s the most important role for the USAF’s planned Long-Range Strike Bomber (LRS-B)? What could it do that fighter-bombers, cruise missiles, and drones couldn’t?

Arguably, a big manned bomber offers a unique combination of massive, repeatable, human-on-scene air power at a distance, which is valuable when targets are challenging but plentiful. Already today, hardened targets are plentiful and tough to find. But mobile targets, one of the LRS-B’s planned target sets, while perhaps more plentiful, are near impossible to find. That calculus leaves aside the political questions—even if the LRS-B’s likely targets could be attacked, should they? Policymakers should consider all these questions before endorsing the next bomber.

Money is tight, so could less-stealthy (and thus less expensive) aircraft attack the same targets as the LRS-B, just by standing off with cruise missiles? While this may work for some targets, it couldn’t work for all. Without nuclear explosives, some hardened targets require massive ordnance, and one thing bombers bring that missiles cannot is bunker busters. Against American bombers, to hunker in a bunker is to invite attack, and adversaries have experienced this firsthand throughout history, most notably in the first Gulf War against Saddam Hussein. But tunnel-boring machines are widely available and relatively affordable, and some adversaries have been digging for decades. Over the past few years, neither Israel nor the United States could bring itself to bomb Iran, to try to arrest a very undesirably nuclear weapons project, because there were simply too many bunkers to bomb. If a problem of that magnitude is not worth unloading a bunch of MOABs, what would merit it?

The USAF has a similar situation in reverse, in that its missile silos and bomber bases—hardened shelters or not—are all known aimpoints. Elsewhere in the world, as an Air Force official put it to me in September, “everything is going mobile: ballistic missiles, cruise missiles, anti-satellite weapons, even command posts.” Consequently, Robert Haddick has singled out mobile missile-hunting as possibly the new bomber’s single most important mission. Mobile Chinese missiles, however, may not be good targets for American bombers, as they will be very difficult to find. The United States’ track record of successfully hunting mobile targets so far is miserable. Allied fighter-bombers destroyed zero Iraqi missiles in 1991; on one of the last days of the war, a missile attack hit the barracks of the US 475th Quartermaster Group in Saudi Arabia. In 1999, allied aircraft destroyed a small fraction of the Yugoslav military targets they claimed. In 2003, they found no confirmed Iraqi missiles; on the seventeenth day of fighting, one struck a brigade headquarters of the US 3rd Infantry Division south of Baghdad. Note that neither of the Iraqi missiles was precision guided. Killing those arrows was a top priority; it was just infeasible. Will new technologies make this feasible? Perhaps the LRS-B will have a ground-mapping synthetic aperture radar like that on the Joint-STARS. Perhaps enough overhead satellite imagery will make the difference. Perhaps a network of flying off-board sensors will pass dynamic target coordinates to the LRS-B through the ‘Combat Cloud’. Perhaps—but that’s a lot of perhaps.

What of softer, less mobile targets? Those make for easy kills, and bombing with LRS-Bs could be much cheaper than firing clouds of cruise missiles. The torrent of destruction would be impressive—if one were still around to see it. American airpower doctrine, after all, calls for targeting an enemy’s command centers and communications networks first. As one USAF officer put it to me recently, in many cases commanders “do not even know that we have destroyed targets for hours or days, because their communications system is destroyed.” The thought of a squadron of LRS-Bs ranging all over mainland China at night, each with dozens of precision-guided krakens ready to release, might give pause to anyone in Beijing thinking that war might be reasonable.

But even if the LRS-B is not targetable, its presence would be known from the impact of its weapons hitting targets. Thus we should ask how else the Chinese might react to all this. We may not think that developing the airplane is inherently escalatory, as the LRS-B may not be a technological breakthrough that brings about a whole new way of war-fighting. The ways in which the aircraft could be used, however, could be unhelpfully threatening to adversaries. What happens after the LRS-B penetrates defenses and flattens targets? As our friend Byron Callan has wondered, would Chinese reaction then differ from the American reaction to an attack—even if it were conventional—against the headquarters bunkers near Omaha or Colorado Springs, or the Pantex plant in Amarillo? Before concluded that a roaming, over-the-beach capability is important for dealing with the most challenging adversaries, it’s worth thinking just how such a story would end.

James Hasík is a senior fellow and Rachel Rizzo is a researcher at the Brent Scowcroft Center on International Security where this piece first appeared.