America's Real Problem in Asia: Beware of the 'Assurance' Dilemma 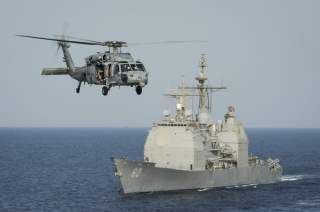 The US ‘rebalance’ to the Asia–Pacific has been under way since late 2011. Then Secretary of State Hillary Clinton wrote in October 2011 of a “strategic turn to the region…to secure and sustain America’s global leadership”, and President Obama’s speech to the Australian parliament in November 2011 gave a presidential imprint to the policy. So, almost four years later, how’s the U.S. tracking in Asia?

The evidence is mixed. The U.S. is undoubtedly tracking better in Northeast Asia, where assurance concerns amongst Japanese and South Koreans have been quieted, though not resolved. Both countries remain anxious about the threat posed by North Korea and uncertain about China’s ambitions and future. But US actions, including Obama’s affirmation that the Senkakus are protected under the U.S.–Japanese security treaty, have bolstered Washington’s regional profile. And the faltering Chinese economy has suddenly lost some of its 30-year allure, blurring linear predictions about the strength of Beijing’s long-term challenge to the regional order.

Southeast Asia, though, tells a different story. If the U.S. has behaved like an ally in Northeast Asia, it’s behaved more like a peacemaker in Southeast Asia. In large part the difference turns upon the U.S. approach to disputed territories. Washington takes no position on the differing territorial claims in the South China Sea, and so often conveys the impression that it doesn’t stand behind its Southeast Asian allies and partners in their wrangles with China. And those wrangles seem likely to endure despite China’s economic volatility.

In terms of assurance, there’s a delicate balance to strike—on both sides of the relationships. Southeast Asian states want to feel assured that the U.S. will support them, but don’t want to be dragged into a conflict between the U.S. and China. In Washington, there’s a similar dilemma: the U.S. wants its allies to feel assured but doesn’t want to be dragged into an unnecessary conflict by an ally off on a frolic of its own. So it’s also torn between competing objectives. Are its security relationships in Asia sufficiently robust to assure allies of US engagement? And are they sufficiently flexible to ‘tether’ those allies—assuring them that their security needs are fulfilled without recourse to more extreme strategic options or policies of adventurism.

And so to Australia. Does our relationship with the U.S. show more of the Northeast Asian pattern or the Southeast Asian one? I’d argue the Northeast Asian. In some measure that’s because we’ve behaved differently to the U.S.’s Southeast Asian allies and partners, and aren’t claimants in the South China Sea. True, we live too far away from the critical regional strategic contests—those occurring along the Eurasian rimland—for us to be central to those contests. But ANZUS, a treaty concerned with security in the Pacific and not just the defense of Australia, is one of our strongest mechanisms for making a contribution to that broader regional order.

So when we ask how the U.S. is tracking in Asia, let’s keep the focus on the main question: how does the strategic balance—or perhaps more accurately the different strategic balances—look along the Eurasian rimland? The growth in Asian power is changing those balances. And some analysts argue that geographic proximity translates into greater commitment and resolve by Asian players in pursuing gains and running risks. China, for example, is typically said to be more resolute than the U.S. about strategic outcomes close its own shores, and hence a more determined competitor in the Western Pacific. Such perceptions are fatal for the US role in Asia. The U.S. must be seen to be just as resolute in its determination to maintain the current security order as China is to change it.

Of course, the U.S. can argue that its goal is not a strict continuation of the current system. That wouldn’t be realistic. Rather, it seeks more inputs from growing Asian states for an order that would still be stable, liberal and prosperous. That’s sometimes miscast as the search for a ‘responsible’ China. That’s part of it, but it’s also a search for a responsible Japan, a responsible India, a responsible Indonesia and a responsible Australia. In that sense, the ‘rebalance’ isn’t a vehicle designed to restore the U.S. to the position of pre-eminence it enjoyed in the 1990s. Rather, it’s a mechanism for buying time to allow the emergence of a set of more positive Asian actors—though Washington’s not so indelicate as to cast it that way.

Overall, we need to be nuanced in judging the future role of the U.S. in Asia. Its relative strategic weight is not slipping so fast as to encourage its allies and partners to pursue radical strategic repositioning. Still, it is slipping, encouraging perceptions of future orders that turn less upon U.S. pre-eminence. Those future orders are still uncertain—we can discern who the major players will be but not their roles. And that uncertainty, in turn, drives demands for greater assurance from the U.S.—even though its relative strategic weight is contracting. Indeed, such assurance anxieties seem likely to remain a durable feature of the regional security order in coming decades. If we feel anxious about Washington we should remember we’re not alone.