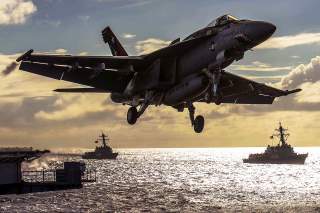 A new geopolitical and geo-economic landscape is being formed. It encompasses China’s new Silk Roads, the lengthening usage of the Arctic sea route between Asia and Europe, and the development of spaceports. At the same time, there is a reassessment of global supply chains, longstanding trade agreements and military alliances. Central to the new landscape is the shift of the United States away from the idea of the transatlantic alliance system and a commitment to a liberal world order. In many regards, the Trump administration is taking the United States back to where it was following World War I—away from entangling alliances in Europe, a greater reliance on business, and a clearer and narrower definition of national interests (led by creating jobs and keeping the country out of war).

At the same time, China is moving to fill the role of global leadership as the United States steps back and Europe reassesses its role in the world. Meanwhile, Russia has made its return as a major power felt in Eastern Europe, the Middle East and the Caribbean (Venezuela). While President Donald Trump is usually seen as the major force in the creation of a more uncertain political and economic landscape, the forces propelling the global system down the road have been in motion for a while and are not just limited to the United States. Brexit is one example of this, and certainly the volatile nature of nationalist-populist politics throughout much of Europe reflect the nature of the shift.

President Trump’s May 2017 trip to Europe and the Middle East clarified that the United States has returned to a disengagement mentality similar to that which descended upon Washington in the wake of World War I—a shift away from Europe’s destructive conflicts, revolutionary upheaval and economic problems and a shift towards business and a more arm’s-length relationship with the world. Indeed, it was Calvin Coolidge, who assumed the presidency following Warren Harding’s sudden death in 1923, who stated, “The chief business of the American people is business.” In many regards, this appears to be the case with how President Trump sees the world. Indeed, the 1920s were a time of prosperity for the United States.

On his European leg of the trip Trump indicated that the era of a unified West, inspired by grand Transatlantic experiments in policy coordination, is over. It is a time of going back to the power and interests of the nation-state. After all, the costs of U.S. engagement have been high, while many countries in Europe have failed to live up to their commitment to maintain strong military establishments. This was repeatedly evident in American engagement in a number of areas of European strategic interests in past decades, such as Serbia, Libya and Mali. At the same time, some of Europe’s largest economies have run up sizeable trade surpluses with the United States.

Following a “difficult” G7 May summit, German chancellor Angela Merkel acknowledged that the geopolitical landscape was changing. “The times in which Germany could fully rely on others are partly over,” she said. “I have experienced this in the last few days. We Europeans really have to take our destiny into our own hands.”

While Merkel’s comments can be taken as playing to a domestic audience in an electoral campaign, her view reflects the deteriorating nature of relations between Europe and the United States. At the same time, the chancellor’s position has been strengthened by having a more energetic counterpart in Paris in the form newly elected President Emmanuel Macron, who wants to revitalize the European Union and make it more efficient.

On President Trump’s return home he further moved the United States out of international agreements by pulling the country out of the Paris climate accord, an action that some have taken to be akin to Washington’s refusal to become a member of the Wilson-inspired League of Nations. President Trump stated: “The Paris climate accord in simply the latest example of Washington entering an agreement that disadvantages the United States to the exclusive benefit of other countries, leaving American workers . . . and taxpayers to absorb the cost in terms of lost jobs, lower wages, shuttered factories, and vastly diminished economic production.”

Taking destiny into one’s own hands is now the game unfolding around the world. What this means for the global economy and markets is twofold. First and foremost, the global political system is becoming more defined along multipolar lines, which historically has been more prone to instability. Potential flashpoints include everything from “big power” involvement (and possibly clashes of interest) in the multiple Middle Eastern arenas (including Syria’s, Libya’s and Yemen’s civil wars) to North Korea’s nuclear weapons and missile programs and the South China Sea.

With less than certain U.S. support, a more aggressive Russia to the east, a newfound Chinese presence in Eastern Europe (buying up infrastructure) and radical Islamic terrorism, Europe is put into play as a geopolitical hot zone. Europe also faces a homegrown resurgence of nationalistic populism, mirroring societal apprehension over the erosion of personal safety and the retrenchment of government benefits (related to the Great Recession and austerity measures in many countries).

In many emerging-market countries the shift away from globalization has left political systems moving toward strongmen who promise law and order as well as economic expansion. This has been the case in countries such as India, the Philippines and Turkey. China and Russia are also headed by strongman leaders, who preside over autocratic regimes, which are able to sharply identify national interests and pursue them without the often painful debates that take place within democratic governments.

Both China and Russia have been more assertive in carving out their spheres of influence, which has led to friction with Europe, the United States, Japan and smaller countries. One example of this is China’s Belt and Road Initiative, which is set to link China with Europe and the Indian subcontinent and east Africa. If successful, China will make the Eurasian land mass its own economic sphere of influence and certainly rival the transatlantic economic world.

The second factor is that the economic policymaking environment is becoming more complicated due to politics. This comes from having to contend with a more complex set of external variables as well as internal divisions that underscore the dysfunctional aspects of political systems struggling to deal with the disruptive impact of technology and a sharper delineation of winners and losers in national economies.

The disruption of economic policymaking by politics is nowhere more evident than in the United States. After eight years of the Democratic Obama administration, the Republicans swept the White House, the House of Representatives and the Senate. The Republican agenda for economic growth and jobs should be rapidly advancing through the legislative process. Indeed, financial markets experienced the “Trump bump” from November until recently on the expectation that the new administration would be able to enact its agenda of tax reform, repeal and replacement of the Affordable Care Act, financial deregulation and fiscal stimulus helped along by a dose of badly needed infrastructure spending. That has not been the case.

While President Trump pulled the United States out of the Trans-Pacific Partnership, served notice to Canada and Mexico that the North American Free Trade Agreement would be renegotiated, and was able to appoint a Supreme Court Justice, the rest of the White House agenda stalled in Congress where the biggest problems came from within the Republican party. At the same time, the ongoing deluge of “scandals” (the Comey firing, Russia, and potential conflict of interest issues from the president and his family) has distracted White House attention from economic policymaking and caused a certain degree of infighting (a lot of over economic policies including trade).

The mix of a more complicated international political order and conflicting domestic considerations is unique to Washington. Many of the same issues face leaders in Beijing, Brussels, Paris, Berlin, London and Tokyo. The real risk is that taking one’s destiny into one’s own hands does not degenerate into a more blatant form of power politics, such as those that led to two world wars. All of this raises major questions as to how far the United States wants to withdraw from a leadership role in world affairs under President Trump. Any time a major power steps back, it leaves the door open to others. It is said that nature abhors a vacuum; the same can be said of international relations—and multipolar systems are inherently more prone to instability.