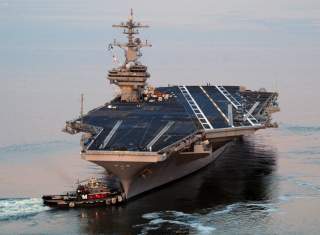 It’s traditionally said that “the sea commands the land.” But the relationship between the maritime and terrestrial domains is more complex than that suggests. Episodes like the attack against HMS Glamorgan in the closing stages of the 1982 Falklands War—the ship was hit by a land-based Exocet missile—show how sometimes the land may command the sea, or at least try to prevent the sea from commanding it. Technological progress over the ensuing decades, coupled with the current maritime tensions in the Indo-Pacific, and more generally the conflict between limited defense budgets and growing national naval ambitions, have revived the issue of land-based anti-ship missiles and the roles they should play. Interest is especially intense in countries building up their navies from a limited base (like the Philippines) or grappling with the realization that the conventional maritime balance is shifting against them (like Taiwan).

There are four basic questions:

- the degree to which shore-based missiles can prevent an enemy navy from operating freely in a given body of water;

- whether it’s more efficient to invest in those systems or in more traditional surface combatants;

- the vulnerability of missile launchers to enemy airpower and other systems, and;

- whether missile launchers should be camouflaged and dispersed among population centres or deployed only in non-built-up areas.

The first and the third are part of the perennial competition between sword and shield, with technological progress at different times favouring both defense and offense, although not always at the same rate. If we compare shore-launched missiles to their predecessors, coastal guns, we may note that one of their key advantages is their mobility. Traditionally, one of the main weaknesses in coastal defense has been the fixed nature of fortifications, and even in the case of mobile guns the limited scope for their redeployment. On the other hand, anti-ship missiles can easily be mounted on all sorts of vehicles, and take advantage of existing road networks, as well as employing the terrain, including mountains and forests, to hide. By doing so, ships lose—in part—one of their greatest advantages vis-a-vis coastal defenses, their superior mobility.

The fourth question, whether to deploy anti-ship missiles in populated areas, opens up a debate with technical, political, and ethical ramifications. In terms of camouflage, rural areas may offer the advantage of roads and forests, which may also mean better mobility and less likelihood of open-source detection, while cities may restrict the scope for a stronger enemy to conduct a limited campaign aimed at forcing a surrender without a full-scale air offensive. At the end of the day, the key question is whether to wage limited war trying to minimize civilian casualties, or to dare the enemy to escalate a conflict to a level involving widespread civilian casualties. The latter aspect is particularly important in a country like Taiwan, hoping to be assisted by partners and allies in the event of hostilities. A harsh moral dilemma is that such assistance may be facilitated by precisely the kind of damage from which any government is supposed to protect its population.

Another important choice concerns the second issue mentioned above, the balance between surface combatants and shore missiles when it comes to investing in coastal defense. That’s a debate currently being conducted in the Philippines, a country striving to build a stronger navy and coastguard with US and Japanese assistance, and where some are arguing that missile launchers deployed in forested areas may provide a better deterrent than warships. That discussion echoes the wider debate, intense in Taiwan and in naval circles about the region, on how to react to China’s growing naval power, and in particular whether to abandon pretensions of sea control and conventional parity and go instead for sea denial and asymmetric naval warfare. In this regard, fast craft equipped with missiles are also seen by some observers as a better option than bigger ships, in particular when following an attrition strategy in which shore-launched missiles would be another component.

Finally, we have to take into account that many countries in the Indo-Pacific region considering the deployment of shore-launched anti-ship missiles are facing a range of maritime challenges, including the use of non-lethal force by a complex web of civilian entities (trawlers and oil rigs), state non-military actors (coastguards and similar agencies), and military forces, rather than just traditional navies acting in isolation. That makes procurement and doctrinal decisions even more complex, since it’s necessary to prevail in undeclared conflicts where conventional weapons cannot be used to repel aggression—in other words, in the grey area between war and peace now covering much of the region.

To sum up, shore-launched missiles proved their potential in the closing days of the Falklands War, a conflict much studied in the Indo-Pacific region, and later technological developments have ensured that interest in those systems remains high. But the systems engage a range of issues, many of which remain unsettled. Deeper exploration of those issues must lie at the heart of future decisions relating to procurement, deployment and use.