An "App" For Peace?: Technology's Role in Asia’s Balance of Power 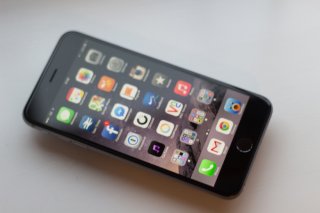 For the past generation, Asia has known greater peace for a longer period than many expected.  Sure, policy wonks worry about a North Korea collapse, a regional nuclear arms race, or conflict in the South China Sea, but that’s their jobs.  At any rate, none of these nightmare scenarios have occurred, so what’s to worry about?  Admittedly, Asian security’s had a pretty good run to date.  But as every investor knows, past performance is not necessarily indicative of future performance.

The “Asian peace” has been possible because of region-wide attentiveness to geopolitics.  Traditional sources of conflict among nations, such as arms races or conflict spirals, have been avoided through a combination of regional diplomacy, deterrence, and U.S. security commitments…not to mention a general desire to avoid war on the part of Asian civil societies.

The absence of war and largely stable security climate over the intervening 30 years or so have allowed Asian economies to prosper.  Now, Asia is rich with innovative technologies, globally competitive startups, and, increasingly, venture capital.  Preqin, an information brokerage, estimates venture capital investments in Asia to have reached $10.5 billion for 2014.  Tech promises to be the future of Asian growth, and its success so far can be seen as a kind of peace dividend from the previous generation.

Today, however, geopolitical trends are less stable than at any time in recent history.  Some Asian leaders question the staying power of the United States, and are wary of what a China-dominated region might look like.  Mistrust among Asian governments is also generally high, leading to military modernization and hedging strategies, even by U.S. allies.  On top of these geopolitical trends, power is diffusing, citizens are more empowered than they’ve ever been, and nationalism is ever present.  All of this throws into question the ability of diplomats and politicians to manage Asia’s next 30 years as deftly as they’ve managed the past 30 years.

Regional Stability? There’s an App for That

Geopolitics is traditionally thought of as Henry Kissinger stuff—that is, the purview of foreign policy elites and national governments; great men (or women) making great decisions.  But as power shifts, regional alignments change, and militaries grow alongside citizen activism, tech can play an important role in keeping Asia peaceful.

This idea—that tech can affect matters of war and peace—has already breached proof of concept phase. Tech startups are helping to reduce the cost and increase the global coverage of satellites through scale, which purports to improve the ability to provide persistent and accurate tracking of not just shipping, but potentially also illicit trafficking.   Big data analytics from social media platforms have been used to identify key areas of need during humanitarian disasters, from Haiti to Japan.  And in August of this year, a group of engineers and Silicon Valley investors gathered with North Korean defectors for a “Hackathon” with one basic question: How can we get more information into and out of North Korea?

These examples only scratch the surface of tech’s potential to favorably influence geopolitics.  The major sources of potential instability in Asia today involve resolving collective action problems (How to cooperate?), improving transparency of military buildups (How to have accurate threat perceptions?), and managing regional flashpoints, from the Korean Peninsula to the East and South China Seas (How to reliably monitor contested territories and borders?).  From the large-scale protests we’ve seen in Hong Kong and Taipei the past year, a burgeoning challenge may well be navigating the interactions between large scale social movements and foreign policy (How to respect political rights while avoiding regional instability?).

These are big challenges with big stakes, and while tech can’t be a solution to politics by itself, it can strengthen the hands of those who prefer peace over war, and a rules-based order over anarchy.  Geopolitics should not only be left to the diplomats and politicians in an era where so many different factors could disrupt the “Asian peace.”  For once, maybe tech can aim to prevent disruption—the geopolitical kind.

Van Jackson is a Visiting Fellow at the Center for a New American Security and a Council on Foreign Relations International Affairs Fellow.  He specializes in the nexus of Asian international relations with technology and strategy. Follow him on Twitter @WonkVJ.