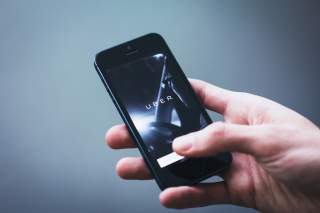 Apple CEO Tim Cook reportedly threatened to remove Uber from its App Store when he found out the company tracked customers’ whereabouts even after they deleted the app.

“So, I’ve heard you’ve been breaking some of our rules,” Cook calmly told Uber CEO Travis Kalanick during a 2015 meeting, according to Mike Isaac of The New York Times. Cook was unhappy with Kalanick for tracking customers by surreptitiously pinpointing and tagging iPhones even after the app was deleted.

Kalanick was reportedly unnerved, perhaps worried that his carefully crafted business could be completely upended if Cook cut off his access to millions of current and potential users.

“Travis’s biggest strength is that he will run through a wall to accomplish his goals,” said Mark Cuban, the billionaire investor and occasional mentor of Kalanick, according to The NYT.

Uber, though, vehemently refutes that they are doing something illegal, immoral, or out of the ordinary.

“We absolutely do not track individual users or their location if they’ve deleted the app. As the New York Times story notes towards the very end, this is a typical way to prevent fraudsters from loading Uber onto a stolen phone, putting in a stolen credit card, taking an expensive ride and then wiping the phone—over and over again,” a representative for Uber told The Daily Caller News Foundation. “Similar techniques are also used for detecting and blocking suspicious logins to protect our users’ accounts. Being able to recognize known bad actors when they try to get back onto our network is an important security measure for both Uber and our users.”

Isaac of The NYT conceded over Twitter that a number of other companies engage in similar, if not the same, practices. The tech reporter even Tweeted he would add clarification to the article to ensure he was not causing confusion.

Kalanick’s aggressively creative and audacious tactics have led to scandals for the ride-sharing startup many times in the recent months. Uber has been accused of operating at least three invasive spy programs on riders and regulators with programs referred to as “God View” (or “Heaven”), “Hell,” and “Greyball.”

The Heaven software would allow workers (usually at a higher level) to track riders without their permission. The company eventually agreed to pay a $20,000 penalty and change its privacy and security protocol, after the New York attorney general’s office launched an official investigation. A whistleblower alleged the company would use Heaven to “track high profile politicians, celebrities, and even personal acquaintances of Uber employees, including ex-boyfriends/girlfriends, and ex-spouses.”

Greyball, a secretive proprietary tool of Uber’s, would use data gathered from the Uber app to identify and elude officials who sought to catch it in the act of providing its service, according to another march report from The NYT. The program would allow the company to detect and evade undercover law enforcement authorities and regulators, as well as pinpointing competitors who were aggressively trying to disrupt its platform. Uber, at the time, did not deny its existence. The company defended the practice, saying it deterred competitors and regulators from entrapping drivers with secret sting operations.

Uber also used the Hell program, which would allegedly create fake Lyft passenger accounts with locations dispersed across a certain area to track as many of the company’s drivers as possible. Uber reportedly wanted data on its main competitors, including its pricing, how many drivers were available, and who was working for both companies.

Such spying schemes not only embody the general theme of Uber’s general business conduct — doing whatever it takes to survive and thrive in the ride-hailing market — but also why Cook chose to confront Kalanick.