Are Nuclear Weapons Pushing India and Pakistan towards War? 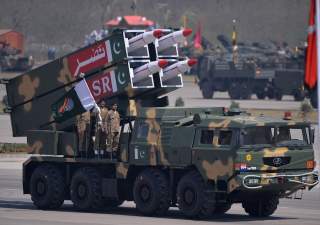 The nuclear doctrines of India and Pakistan have more or less clearly defined contours, especially in the event of an Indo-Pak conflict. The twin pillars of “No First Use” and “Credible Minimum Deterrence” define India’s policy. Pakistan’s nuclear doctrine is still not officially declared, though the missiles, named after medieval invaders who plundered the Indian subcontinent, leave no doubt that India is their destination. As bilateral relations continue to experience a downward spiral, both nations are looking for new strategies to inflict maximum punishment on each other, further stretching the limits of their nuclear umbrellas.

With Pakistan going nuclear, India’s superiority in conventional strength got blunted and the more balanced equation gave further impetus to protracted sub-conventional warfare with India. The emergence of a wide spectral vacuum allowed Pakistan to escalate tensions, yet discouraged New Delhi to engage conventionally. Only a year after its nuclear tests in 1998, Pakistan launched a limited war in Kargil. Although India responded firmly and recaptured the intruded positions, the Kargil misadventure also prompted Pakistan to develop a successful deterrence strategy which would later thwart New Delhi’s ability to engage with a nuclear Pakistan following the 2001 Parliament Attack and the 2008 Mumbai attacks.

Pakistan’s addition of tactical nuclear weapons or the Hatf-IX Short Range Ballistic Missiles, equipped with low yield nuclear warheads, to its arsenal has lowered the threshold, as not only they miniaturize the theatre of conflict but also point toward a shift from centralized to delegated command and control (an authorization to junior officers). According to leading Indian military strategist Brigadier (Ret.) Gurmeet Kanwal, Pakistan is developing “nuclear weapons designed for battlefield use.” The Pakistani army claims that it is willing to use these weapons against the Indian army if it crosses into the Pakistani territory, which shows its resolve to deter the Indian army from even planning any move on these lines.

Adjustments Under the Modi Government

India’s ineffectiveness in pressurizing Pakistan after 2008 Mumbai attacks and the series of border skirmishes in 2013 fueled anger among Indian citizens. Pakistan loomed large during the 2014 general elections with the then-opposition Bharatiya Janata Party accusing the ruling UPA-led government of failing to contain Pakistan. As promised, the Modi-led government began developing new policies to engage with Pakistan after initial peace overtures failed. Halfway through the present government’s tenure, the intensity and magnitude of asymmetric warfare against India has only grown. Notable was the attack on the Indian Air Force base at Pathankot merely a few days after Prime Minister Modi paid a surprise visit to his Pakistani counterpart in Lahore.

After Pathankot, the escalation has only grown in Kashmir Valley with a steep rise in attacks against troops stationed in Jammu and Kashmir. When the Indian army launched “surgical strikes” across the Line of Control in response to an attack on its army base along the LoC, the move was hailed as a doctrinal shift aimed at curbing cross-border terrorist attacks. This was followed by a statement from India’s Defense Minister, who called for an overhaul of the nation’s nuclear doctrine to redefine it on more subtle lines as a means of strengthening deterrence. According to the defense minister, India’s policy of “No First Use” had outlived its utility.

Pakistan has adapted to New Delhi’s policy in innovative ways, chasing an Indian submarine out of Pakistan’s territorial waters and shooting down an Indian drone which had reportedly crossed the Line of Control. Ceasefire violations after the surgical strikes have reached up to three hundred incidents. Surgical strikes seem to have had no impact on Pakistan’s policy towards India. More alarmingly, the attacks on Indian troops have taken a gruesome form. The Indian Army blames the mutilation of dead soldiers’ bodies on the Border Action Team (BAT) Commandos of the Pakistan Army. Further, the recent appointment of Pakistan’s new army chief — someone with extensive experience on Line of Control postings — is not a coincidence.

India’s much-hailed surgical strikes have failed to achieve their desired results. With Pakistan’s asymmetric warfare on India intensifying, New Delhi is likely to exhaust all available punishment strategies as long as the nuclear umbrella remains unbreached.

Prateek Joshi is a postgraduate in International Relations from South Asian University (a SAARC nations project) and a researcher on South Asia’s strategic issues.