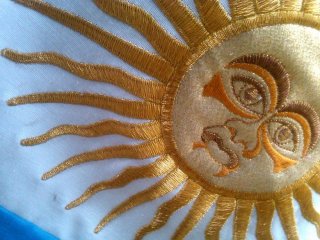 During his first two months in office Argentine President Macri pushed through reforms to eliminate currency controls, cut export taxes and remove energy subsidies. He also appointed two new judges to the Supreme Court and enhanced the court’s oversight of security surveillance, postponed promised changes to the legal system, shuffled responsibilities within the cabinet, modified a contentious media law and annulled a Kirchner decree transferring federal funds to the provinces. All was done without Congress, which entered its three-month summer recess on November 30 (before Macri’s inauguration). This will change March 1, as the legislature comes back into session.

The most immediate executive-legislative negotiation will involve the Cerrojo and Pago Soberano laws, both of which prevent Argentina from settling with holdout creditors. Last week U.S. District Court Judge Griesa agreed to lift the injunction preventing Argentina from making bond payments so long as these laws are repealed and those who settle by February 29 are paid.

Another big issue will be coparticipaciones, or federal transfers to the provinces. Before stepping down Cristina Kirchner changed the rules, ordering the transfer of a previously withheld 15 percent of tax intakes back to the provinces (which Macri quickly cancelled). The administration is now negotiating a permanent end to these transfers by 2021 in return for forgiving provincial debt.

Other issues include confirming the two Supreme Court justices he installed on the bench, creating a new media regulator, Enacom, and liberalizing the broadcasting industry.

Though Macri’s own party holds only 42 of the 257 seats in the Chamber of Deputies, with his electoral coalition partners UCR and CC and the support of Sergio Massa’s UNA (a dissident Peronist and the second runner up in October’s presidential election), he holds the largest plurality and a near majority. Splintering within the former Kirchner FPV coalition bring another dozen congressional votes into play. His administration will benefit too from the difficult financial situation of so many provinces. Governors, and by extension many senators and representatives, are likely to support the administration in its legislative agenda as they look for federal funds and permission to emit debt to cover mounting current obligations.

More worrisome for Macri’s reform agenda are the just begun annual labor negotiations. The unions are demanding 40 percent wage hikes; the government hopes to keep increases below 25 percent. Private consultants and local Buenos Aires measures suggest inflation is at 30 percent—outstripping the government’s announced expectations of 20-25 percent (the INDEC statistic agency is being revamped to meet international technical standards, so no official national numbers exist). Macri’s team already lost a first round to the teachers union, granting them a 40 percent raise. Many governors are now refusing to recognize the agreement and up teacher pay given their financial straits. Labor unrest, particularly if it leads to violence, could dent the president’s popularity, down 10 percent since his start in December. Yet granting bigger wage hikes threatens to spur inflation, increase fiscal deficits (already at 7 percent of GDP in 2015), and derail Macri’s broader economic reform agenda.

Shannon K. O'Neil is the Nelson and David Rockefeller Senior Fellow and Director, Civil Society, Markets, and Democracy Program at the Council on Foreign Relations. This article first appeared in Latin America’s Moment.