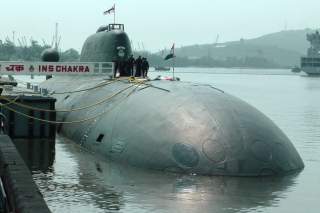 While the world focuses on the dangers that a nuclear-armed Iran could present in the Middle East, a potentially more dangerous and unstable nuclear proliferation is occurring in the Indian Ocean.

In the coming years India, Pakistan, and perhaps China will likely deploy a significant number of nuclear weapons at sea in the Indian Ocean. This could further destabilize already unstable nuclear relationships, creating a real risk of a sea-based exchange of nuclear weapons.

Observers have long seen India-Pakistan nuclear rivalry as the most unstable in the world, and South Asia as the most likely location of nuclear conflict. This is not just academic speculation. Foreign diplomats have been evacuated from Islamabad on several occasions from fears of an impending nuclear exchange with India.

(Recommended: The Most Dangerous Nuclear Threat No One Is Talking About)

India has a “no first use” (NFU) nuclear-weapons policy of sorts, although it is increasingly subject to caveats and exceptions. But Islamabad refuses to adopt an NFU policy and indeed has announced a long list of actions that it claims would justify a nuclear response against India. Pakistan is also busy miniaturizing its nuclear weapons for tactical use, thus reducing the threshold for Pakistani nuclear action.

Importantly, Pakistan sees its nuclear arsenal not only as a deterrent but also as an enabler,  providing an umbrella under which it can sponsor sub-conventional attacks against India. In the face of terrorist attacks such as those in Mumbai in 2008, Delhi has found its options constrained by concerns about a possible Pakistani nuclear response. But few are confident that India's restraint can be maintained in the face of another serious cross-border attack that is proved to have been sponsored by Pakistan.

Both India and Pakistan are now in the process of moving their nuclear weapons capabilities into the maritime realm.

India is the furthest down this track, having launched its first indigenous nuclear-powered ballistic missile submarine INS Arihant in 2009 (expected to be commissioned this year); it is also in the process of building two more so-called SSBNs. Further, India is developing nuclear-tipped Dhanush short range ballistic missiles for deployment on offshore patrol vessels. India has leased a nuclear-powered hunter-killer submarine and has plans to construct up to six more SSNs (unlike SSBNs, SSNs are not armed with nuclear ballistic missiles). Pakistan is following India's lead, having recently established a Naval Strategic Force Command Headquarters with the declared intention of developing a sea-based deterrent. This may involve nuclear-armed conventional submarines supplied by China, rather than SSBNs.

(Recommended: The World’s Most Dangerous Rivalry: China and Japan)

Some nuclear weapons states have created a nuclear “triad” in order to have an assured second strike capability. While such an assured capability can help stabilize a nuclear relationship, according to a recent Carnegie report, taking the India-Pakistan nuclear dynamic into the maritime realm may in fact create greater instability.

One issue is an ambiguous mix of conventional and nuclear capabilities at sea, including the deployment of nuclear missiles on Pakistani conventional submarines and on Indian missile boats. Uncertainty over whether a platform is carrying nuclear weapons creates a risk of an inadvertent but highly escalatory attack on an opponent's nuclear capability. Another concern is that maritime nuclear capabilities could lower Pakistan's already low nuclear threshold. Islamabad may be tempted to conduct a demonstration nuclear attack at sea, believing it will not be escalated on land. A further problem is Pakistan's reported propensity to delegate nuclear authority to field commanders, which could create considerable risks if submarine communications are interrupted.

(Recommended: The Real Nuclear Nightmare When It Comes to U.S.-Russian Ties)

China is also a major player in the nuclearization of the Indian Ocean. China's role in creating a nuclear-armed Pakistan is a big factor in the distrust that characterizes the India-China security relationship. In the 1980s, China supplied Pakistan with weapon plans along with fissile material, and facilitated the supply of missile technology. Any further moves by China to develop Pakistan's maritime nuclear capability will only cement India's threat perceptions about China.

The India-China nuclear relationship is itself relatively unstable and is now also moving into the Indian Ocean. This is because India's land-based nuclear deterrent currently suffers from considerable geographical and technological disadvantages compared with China. China is able to deploy its nuclear missiles in sparsely populated territory close to India's border, providing it with nuclear missile coverage of the entire subcontinent. In comparison, India fields much shorter range missiles that can barely reach major population centers in eastern China.

This gives India good reason to establish an assured second strike capability on SSBNs that could potentially be forward deployed into the western Pacific. Alternatively, India may deploy its SSBNs in a well-protected “bastion” in the Bay of Bengal, although this may require further development of Indian missile technology.

There have been increasing detections of Chinese SSNs in the Indian Ocean in recent years, including the deployment of a Chinese SSN to the western Indian Ocean between last December and February, nominally as part of its anti-piracy deployment. According to Indian sources, these deployments are part of hydrographic “profiling” of the region and will likely increase in frequency. But Beijing has less reason to deploy its SSBNs in the Indian Ocean; instead, they will likely be primarily deployed in the western Pacific, targeted at the United States. This could create its own risks: the detection of an unusual transit of a Chinese SSBN into the Indian Ocean or an Indian SSBN into the Pacific could be seen as an escalation at times of tension.

The United States also has a potentially significant role in facilitating nuclear stability in the Indian Ocean. In the 1980s, Washington helped construct India's only facility for communications with submerged nuclear submarines and the U.S. might again support India's maritime nuclear capabilities. It might even be in Washington's interests to help Pakistan. The establishment of reliable communications links with Pakistan's nuclear-armed submarines could, for example, be critical in stabilizing the India-Pakistan nuclear dynamic.

Dr. David Brewster is with the Strategic and Defence Studies Centre at the Australian National University, where he specializes in South Asian and Indian Ocean strategic affairs.  He is also a Senior Maritime Security Fellow at the Indian Council on Global Relations, Mumbai, and a Fellow with the Australia India Institute.

This article originally appeared on the Lowy Interpreter.