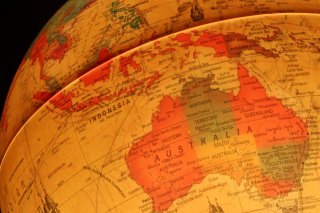 Speculation regarding the implications of Donald Trump’s win for Asia has been, to be charitable, all over the map. Some argue that Trump’s victory is a win for China because he’ll seek to cut deals with Beijing, leaving America’s allies, Australia included, in what can only be described as part of a growing Chinese sphere of influence. In fact, many scholars and analysts in China, backed up by my own conversations with Beijing-based international affairs experts, seem to think that President Trump’s ‘America First‘ is code for ‘Asia last’—with Washington tending to its own domestic affairs for the foreseeable future.

But those who are likely to advise Trump on China—or who are already doing so—are likely reading such analysis and summing it up in one word: nonsense.

Having worked closely with many of the people who will be guiding the new administration on national security matters, at least according to the various news reports, I come bearing good news. Judging by their previous work, the various scholars, experts and politicians likely to guide President Trump on China are all of a mind to take a firmer line against Beijing. In fact, there’s every reason to believe a Trump administration will work hard to do what President Obama wouldn’t: lead a pivot to Asia that seeks to constrain Chinese actions, with a particular focus on reinforcing the relative decline in America’s military might.

I would offer a four-part plan that could operationalize that scheme:

Trump must make Asia his top international priority. The alternatives are unconvincing. Russia might be flexing its muscles in Syria and Ukraine, but Moscow faces long-term demographic and economic challenges. With big cuts coming to his military budget, Putin’s power to sway global events has likely peaked. ISIS remains a long-term challenge for the Middle East, but the group is slowly but surely losing territory and the means to attack the West in an existential fashion.

An ‘Asia First’ approach recognizes that China will present a growing challenge for decades and that America’s most lucrative economic prospects are tied to the region.

Foreign diplomats that I’m in contact with in the Asia–Pacific repeatedly question America’s resolve to not only honor treaty commitments, but even to back its own interests. They see Washington as being obsessed with the Middle East, or as a weary nation looking for the exits.

So how does one fix what is a perception challenge? While there’s no simple solution, President Trump must stick to basics. For instance, he should make sure he attends any regional conference he’s slated for—a sign of commitment President Obama let slide when he backed out of the East Asia Summit in 2013.

He’ll need to build on that, including making new commitments that reinforce the status-quo. For example, if Trump is serious about ditching the Trans-Pacific Partnership (TPP), he’ll need to create new pathways toward stronger economic ties, like with nations such as Vietnam and Taiwan, both of which are keen to ensure they’re not dependent on China for their economic livelihood.

We all know consecutive US administrations ‘welcome China’s peaceful rise’. Such talk must end. America must clearly state that, while it hopes to partner with Beijing where our interests intersect, it sees Beijing as a competitor elsewhere. More importantly, when China acts aggressively, America must speak up.

4. Time for a bold military strategy:

While many felt Obama’s rebalance to Asia was too heavily focused on the military arm, I’d argue that it never went far enough. Beijing has spent the past decade perfecting a strategy to counter US military strengths through its anti-access/area-denial (A2/AD) strategy. And while the Pentagon has championed operational concepts such as Air–Sea Battle to negate Beijing’s efforts, the communications strategies to explain such ideas have been problematic. Air-Sea Battle, for example, is now being replaced by a new plan dubbed JAM-GC, about which, after two years, the most basic details are yet to emerge.

Here’s where a Trump administration can change course for the better, with the US Navy playing a vital role. America must clearly define a much more robust military strategy for weakening Chinese A2/AD. With what is increasingly being seen as the likely nomination of Congressman Randy Forbes as the new Secretary of the Navy, such a strategy could be quickly formulated.

With that plan, a Trump presidency could be a net positive for the region and for America’s allies. At least if you’re looking for a US policy on Asia that will seeks to restrain China’s bullying tendency with hard talk and concrete action.

Harry Kazianis serves as Director of Defense Studies at the Center for the National Interest.
This first appeared in ASPI's The Strategist here.
Image: Creative Commons/Flickr User.