Back in 2015, One of Russia's Most Feared Submarines 'Killed' an American Nuclear Sub 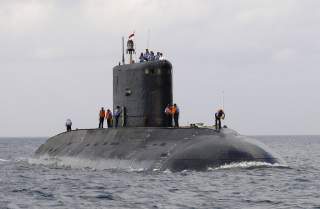 Editor's Note: A slightly different version on this piece appeared originally in December 2015. It is being reposted due to reader interest.