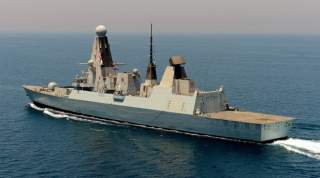 It was announced earlier this month that Britain would establish its first permanent military base in the Middle East since the 1970s.  Located at the port of Mina Salman in Bahrain, the naval installation will be a boon to the Royal Navy’s efforts to police the strategically (and commercially) important sea lanes of the Persian Gulf.  While a meaningful development, however, the base’s implications should not be overstated.

On its face, news of a British return to the Middle East could raise some eyebrows.  In 1968, the Labour government of Harold Wilson announced its intention to withdraw “East of Aden” (in fact, British troops had ignominiously been forced to pull out of Aden itself in 1967 following a local uprising), an overdue response to Britain’s waning global influence and the country’s dire financial footing.  Concomitant with this strategic withdrawal, Britain came to rely much more on cooperation with Commonwealth nations—as well as, of course, the United States—to ensure the security of the Indian Ocean from the Persian Gulf to the Malacca Strait.  With London now set to recreate a permanent presence in the region, does this mean a resurgence of British influence and assertiveness in the region?

In fact, Britain has never been fully absent from regional affairs, least of all in military terms. The Sovereign Base Areas of Akrotiri and Dhekelia, for example, are enclaves on the island of Cyprus that have remained under British military control since 1960—vital staging posts for air, sea and land forces that maintain a keen eye on security developments in the Levant, around the Suez Canal, and even as far afield as the Persian Gulf.

At sea, the Royal Navy—still one of the largest and most powerful in the world—has always maintained an active presence in the region: in the 1980s and 1990s, the so-called Armilla Patrol was dispatched by London to ensure the maritime security of the Persian Gulf and Arabian Sea—a commitment that was only bolstered during the wars in Afghanistan and Iraq.  Britain has also played a leading role in combating piracy off the Horn of Africa.  Such efforts blend a national self-interest in keeping seaborne trade flowing with a more internationalist commitment to assisting in the protection of the global commons.

In particular, the Royal Navy has taken on a specialized role of maintaining the maritime security of the Persian Gulf by furnishing its allies with a dedicated fleet of four mine-hunters, the purpose of which is to patrol the Persian Gulf and to be on hand should any regional power—Iran being the usual suspect mentioned—attempt to disrupt maritime traffic. Minehunting is now a fairly longstanding contribution of the UK to regional security, one that is said to be highly valued by Britain’s allies, regional actors, and fellow trading nations alike.

In many ways, then, Britain never left the Middle East.  The difference is that London’s role in the region—much curtailed from its imperial peak, obviously—is now conducted in conversation with partners.  This includes partners like Bahrain.  While Bahrain’s human rights and political liberalization scorecards might leave a lot to be desired, the Gulf nation’s Western-oriented regime has been a fairly reliable strategic ally of the West’s security designs for the Middle East.  Bahrain already plays host to the U.S. Fifth Fleet; is a member of the Gulf Cooperation Council (a tacit balancer against Iranian influence in the Persian Gulf); and, more recently, has taken part in military action against ISIS.

Bahrain’s monarchy has much to gain from security cooperation with outside powers.  Traditionally hostile to Iranian ambitions for hegemony in the Gulf, Bahrain accepts Western patronage (and hosts Western military personnel) partly as a way to contain Tehran’s influence—not least of all over Bahrain’s own Shia majority.  As such, if the new British and the existing U.S. base on Bahrain are evidence of any sort of “return to empire,” then it can only be regarded as what Geir Lundestad once referred to as an “empire by invitation”—a gambit used by the governing Al-Khalifa regime to buttress its external and internal security footing.

Thus, while certainly a headline-grabber, Britain’s return to Bahrain should not be overestimated. The base at Mina Salman will lower transaction costs for the British naval detachment in the Persian Gulf but it will not radically alter Britain’s already sizable role in the region. Nor will it fundamentally alter the broader geopolitics of the Middle East.  Instead, the base should be considered the latest in a long line of moves designed to check Iranian influence—both now and in the future—and maintain maritime security in this most vital of theaters.