Back to Balancing? Ukraine, the Status Quo, and American Grand Strategy in 2014 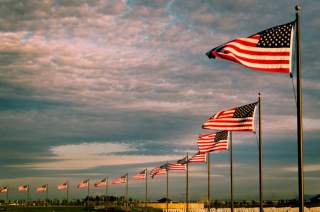 Those responsible for crafting U.S. grand strategy grapple with a central dilemma when it comes to lofty questions of international order.  On the one hand, U.S. foreign policy is engineered towards promoting a broad diffusion of power in the international system.  Burden-sharing is both cost-effective and chimes with America’s political culture of accepting only limited liability for what happens globally.  On the other hand, American statesmen are discerning, keen to ensure that members of the Great Power club are of the correct sort.

This basic challenge of “global gatekeeping” comprises two halves.  First, how can the diffusion of influence in world politics be made to proceed in a way that guarantees that agitators and outright revisionists will be held in abeyance?  Second, how can it be ensured that today’s “responsible stakeholders” do not morph into tomorrow’s spoilers?  When friends in, say, Germany, Japan and Brazil tell U.S. leaders that their nations will maintain the international status quo, how can leaders in Washington believe that such policies will not be reversed by future generations of foreign leaders?  In short, what guarantees are there that states will continue to abide by American-made rules of the road?

One obvious way in which states can be made to “get along” in world politics is through facing a shared geopolitical threat.  Under such conditions, both sides can be sure that each will not deviate from a broad arc of commonly agreed foreign policy goals, at least vis-à-vis their mutual foe.  When national security is at stake, states are less likely to abandon their allies and renege on their commitments.  On the contrary, fear or hatred of a looming geopolitical threat will breed cooperation among those who live in its shadow.

It is not easy to predict how foreign leaders will perceive threat, however.  Allegiances are a matter of shrewd international diplomacy as much as pressing international structure.  Today, the problem for U.S. policy-makers is that they may be losing the fight for reliable allies in the next phase of world politics.  Relatively secure in their own borders, self-interested budding Great Powers appear reluctant to throw their lot in with Washington.  This bodes ill for the future of U.S. global preeminence.

Consider, for example, reactions to Russia’s transgressions against Ukraine.  If Moscow’s actions have drawn stiff criticism from NATO, the non-western geopolitical powerhouses of the future have been markedly less willing to align themselves with the United States.  China and Brazil have sat on the fence while Indian officials even voiced sympathy for Russia’s interests in Crimea.  The implication is that the U.S. cannot count on the world’s largest rising states to defend the current international order.  Beijing, Brasília and New Delhi simply do not view Russia’s assault on global rules as synonymous with an attack on their own national interests.

Only those dependent upon the U.S. for security (Europe, Japan, the world’s smaller states) have lent their support to Washington’s efforts to buttress the status quo in Eastern Europe.  Thus, while talk of a new Cold War might be overplayed, the Ukraine crisis has highlighted the bifurcation of the international system between those who truly rely upon U.S. friendship and those that, quite frankly, do not.  Whether a critical mass of states can be brought into the U.S. camp will perhaps be the greatest foreign policy challenge of the twenty-first century.

The coming era will not be one of unbridled geopolitical harmony.  Yet if the coming global turn will be a story of “who against whom?” then Washington would be wise to be more vigorous at shaping the incipient battle lines.  Instead of seeking blanket integration of all Great Powers into an inclusive world order, hard-headed decisions will need to be made about who is to be conciliated and who is to be contained.  Balancing, out of fashion since the collapse of the Soviet Union, is back.