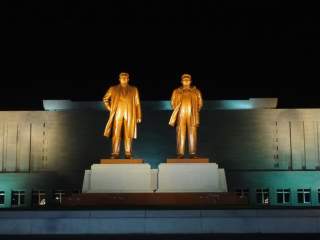 North Korea’s fourth nuclear test on January 4 is a reminder that the United States needs a more effective strategy toward North Korea. But North Korea’s nuclear program is not the only reason to improve U.S. strategy. In February 2014, the United Nations commission of inquiry on human rights found North Korea guilty of crimes against humanity.

In our new Heritage Foundation report, Next Steps for Human Rights in North Korea, Bruce Klingner and I lay out an alternative to the current strategy of strategic patience—one that recognizes human rights as a significant component of any successful policy for North Korea.

North Korea sees human rights abuse as integral to the survival of the regime. Purges in North Korean leadership, tightened security at the border, and the continued existence of prison camps attest to the fact that Kim Jong-un has exacted many of the same repressive policies as his father and grandfather. The threat of being sent to a prison camp, public executions and government control over food supply are all used coercively to keep the North Korean people in line.

The United States must recognize how closely linked human rights abuses are to the heart of the regime, and proactively address them. North Korea is not the most heavily sanctioned country and there are, in fact, unused tools in the toolbox. Unbelievably, the United States has never sanctioned North Korea on human rights grounds, despite the fact that it has the authority to do so according to the Executive Order passed after the cyber-attack on Sony Pictures in January 2015. Additionally, legislation that passed the House on January 12 includes, among other provisions, expanded authority to target North Korea for its human rights abuse. Similar efforts are underway in the Senate.

The United States should also sanction Kim Jong-un and other known top officials in the North Korean government identified for their involvement in carrying out crimes against humanity. Washington has used targeted financial measures in the past against other rogue regime leaders, including Zimbabwean President Robert Mugabe and President of Belarus Alexander Lukashenka. Those complicit in human rights abuse in North Korea should experience a similar fate.

But sanctions are not a panacea for human rights challenges in North Korea. There is more that the United States and South Korea can do to prepare for the likely eventual collapse of the North Korean regime. If the regime collapses, estimates suggest that South Korea would absorb upwards of 3.65 million North Koreans. Now is the time to shore up and continue developing whole-of-government plans that lay the groundwork for long-term assimilation. South Korea should continue to study the assimilation of the current defector population and modify its policies, such as assistance provided at Hanawon, to ensure that it is improving assimilation. Comprehensive planning could avert, or at least ease, a potential humanitarian disaster.

There is no reason to divorce U.S. national security strategy from human rights. In fact, the two are particularly interlinked in addressing North Korea. By implementing a complementary sanctions regime, and augmenting existing military contingency plans in the event of a North Korean collapse, the United States can have a more robust strategy toward North Korea.

It has been nearly two years since the COI report was released, and the repression of the North Korean people continues unabated. The United States and South Korea can do more to ensure that North Korea is held to account for its crimes against humanity. It’s in the national interest of the United States to do so.

Olivia Enos is a research associate at the Davis Institute for National Security and Foreign Policy at The Heritage Foundation.