Be Afraid: Why America Will Never Defeat ISIS 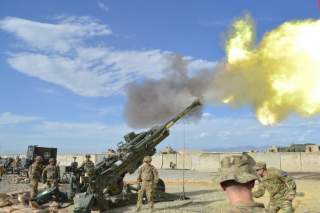 On the eve of the Iraq War in 2003, while commanding the 101st Airborne Division, then-Maj. Gen. David Petraeus repeatedly asked Rick Atkinson the rhetorical question: “Tell me how this ends.” What began as a private joke between a military commander and an embedded journalist has become a warning for the need to define clear objectives and be cognizant of unexpected outcomes before going to war.  Last week, President Barack Obama attempted to provide clear strategic guidance for the U.S.-led war against the Islamic State of Iraq and Syria (ISIS or ISIL), declaring: “Our objective is clear: We will degrade, and ultimately destroy, ISIL.”

First, other Obama administration officials have offered their own end states that confuse or contradict what the president stated just eight days ago. White House Chief of Staff Denis McDonough stated recently: “Success looks like an ISIL that no longer threatens our friends in the region, no longer threatens the United States. An ISIL that can’t accumulate followers, or threaten Muslims in Syria, Iran, Iraq, or otherwise.” Also, Secretary of State John Kerry declared before the the Senate Foreign Relations Committee something else: “The military action ends when we have ended the capacity of ISIL to engage in broad-based terrorist activity that threatens the state of Iraq, threatens the United States, threatens the region. That’s our goal.”  Secretary of Defense Chuck Hagel told the House Armed Services Committee that “success” included “stability in the Middle East.”

Second, the United States—and any combination of partners or allies—will never “destroy” ISIS. The evidence supporting this assertion is simple: Both Presidents George W. Bush and Obama declared that the Taliban and al-Qaeda and its affiliates would be “defeated” and “destroyed.” Meanwhile, the size and lethality of these groups has increased almost everywhere that they exist. The reason that presidents make such absolutist and totally unachievable pronouncements says more about American political culture than providing realist military campaign objectives. As I wrote in my column, a courageous president would tell the American people the truth, which is:

That is a strategy of mitigating ISIS’ threats and containing its influence within Iraq and the surrounding region. Yet, while mitigation and containment will drive the U.S. counterterrorism strategy regarding ISIS as a reality, the Obama administration (and Congress and the media) will pretend that the strategic end state is to defeat and destroy them. So when you hear the White House promise to destroy ISIS, don’t believe them, but consider why it is politically mandatory that they make such an outrageous and impossible claim.