Be Afraid: Why America Will Never 'Destroy' ISIS 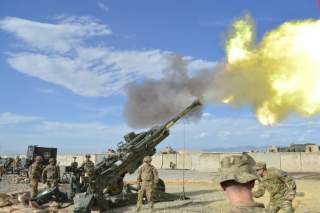 On July 22, after months of negotiations, Turkey finally agreed to allow the United States to use its bases, most importantly Incirlik Air Base, for manned and unmanned strike sorties against the self-declared Islamic State. Prior to this, Turkey had only permitted that its sovereign territory be used for unarmed surveillance drone flights and (apparently) a combat search and rescue element. This latest development was characterized as a “game-changer” by a senior Obama administration official, in particular for more intensive bombing of the Islamic State in northern Syria. Rather than flying from carriers or Persian Gulf bases, flying out of Incirlik significantly increases the time that coalition strike aircraft can loiter above Islamic State-controlled territories and, potentially, provide close air support for coalition-backed opposition forces on the ground, including the Pentagon-trained rebels that entered Syria on July 12.

On August 5, the United States began conducting armed Reaper strikes from Incirlik into Syria. Four days later, six F-16s and three hundred support personnel were deployed from Aviano, Italy to Incirlik; there are also an unknown number of aerial refuelers. On August 12, the United States began flying those F-16s out of Incirlik to attack Islamic State militants, fighting positions, and equipment in Syria. Late last week, Brig. Gen. Kevin J. Killea, chief of staff of Combined Joint Task Force-Operation Inherent Resolve, described access to Incirlik as “a fantastic, strategic location for us to fly from to support anti-ISIL efforts in Syria and Iraq,” adding “the broader use of Incirlik for air operations in Syria is already proving to be a great effects multiplier on the battlefield. Armed [remotely piloted aircraft], strike fighters and aerial refueling tankers originating from Turkey have combined to produce devastating effects against ISIL targets.”

In the limited time since the United States has had expanded access to Incirlik, the devastating effects against the Islamic State have not been apparent. Turkey may be placing restrictions on which opposition force ground units the United States can support: the Turkish Foreign Minister spokesperson has said, “Support to People’s Protection Units (YPG) is not one of the elements of the agreement,” while the State Department spokesperson said the opposite two days earlier: “[YPG] have already benefited from coalition air support.” There also might be fewer readily available Islamic State targets that the F-16s and Reapers have been authorized to strike. Finally, after an initial limited number of strikes on July 23, Turkey itself has apparently not conducted any additional strikes against the Islamic State in Syria.

Whatever the reasons, the data shows that—like other purported incremental and tactical enhancements to the war against the Islamic State—access to Incirlik has not been a “game-changer.” For the anti-Islamic State airpower coalition, including the United States, there have been fewer airstrikes in Syria in the thirteen days after Incirlik was made available, than in the thirteen days before. The wholly unrealistic strategic objective of “destroying” the Islamic State is no closer to fruition.