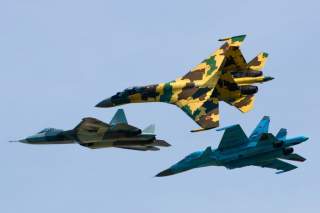 Less than six months into his tenure as President of the Philippines, Rodrigo Duterte has embarked on what even he considers to be risky foreign policy moves. In September 2016, he declared that he is about to ‘cross the Rubicon’ in the Philippines’ relationship with the United States.

The ‘crossing’ Duterte refers to is his plan to enhance the Philippines’ relationships with Russia and China. Plans to strengthen ties with Russia extend into both the defense and economic spheres. In the military realm, Duterte revealed his intentions to purchase weapons from Russia. In return, Russia will give the Philippines favorable credit conditions, with repayment not expected until 2025.

Russia stands to benefit from a closer Manila–Moscow defense relationship, which could provide Russia with extra leverage in the South China Sea dispute. Deputy Russian Defense Minister Anatoly Antonov barely mentioned the South China Sea tensions at this year’s Shangri-la conference in Singapore. Russia’s position on the dispute is that it is not prudent to ‘internationalize’ it beyond the scope of regional actors directly involved. This is consistent with Russia’s stance that countries should not intervene in the internal or bilateral affairs of other countries.

So rapprochement with the Philippines opens up an opportunity for Russia to have a voice in the dispute without simply riding on China’s coattails. Russia hopes to act as an intermediary, but this can only be realized if Russia acts in a balanced manner between China and the other countries involved.

The prospect of closer ties between the Philippines and Russia was reported just before Duterte took office and his administration has wasted no time in acting upon this opportunity. Russian Deputy Defense Minister Anatoly Antonov met his Filipino counterpart Raymundo Elefante on the sidelines of the Ar

my-2016 expo held in Moscow. The two sides expressed interest in closer defense cooperation and enhanced dialogue on regional and global security issues. Antonov also highlighted the need for a legal and rules-based partnership in Philippines–Russia defense relations.

Duterte’s comments about ‘crossing the Rubicon’ imply a zero-sum choice — that the Philippines are sealing their fate by enhancing ties with Russia. But this notion is inaccurate for two main reasons. First, the idea of closer Philippines–Russia defense cooperation is not particularly new. And second, it could mark a shift away from unilateral cooperation with the United States to a more diversified Filipino foreign policy.

Countries have often faced difficulty when including Russia while pursuing a multi-vectored foreign policy, particularly in terms of formal integration. But in this case the Philippines is not planning to accede to an institutional security framework. Instead the Philippines is aiming to diversify its partners in a way that allows it to expand its options, potentially running counter to both US and Chinese interests.

In 2014 the Deputy Director of the Russian Federal Service for Military-Technical Cooperation, Konstantin Biryulin, stated that the agency was considering supplying the Philippines with surface-to-air missiles and radar systems. Biryulin cited the Philippines’ long, vulnerable maritime border as well as Russian experience in dealing with elongated, porous borders. The Philippines’ acquisition of such military hardware would likely be directed toward China. So Russia as a potential supplier of military hardware is acting as an extra resource — in addition to the United States — for the Philippines to counter China militarily.

Growing closer to Moscow is not a deal-breaker for Manila in terms of its relations with Washington. Concurrently with the declared policy shift of closer ties to Russia, Duterte has called for US Special Forces to leave the Philippines. This is not the first time Philippines–US defense relations have taken a downturn. Twenty-five years ago the US military was expelled from Subic Bay naval base. But at the beginning of 2016, the Philippines’ Supreme Court voted overwhelmingly to allow US forces to return. Fluctuation is part of the Philippines–US defense relationship, which is not consistent with the determinism implied in Duterte’s ‘Rubicon’ remark.

President Duterte’s overtures to Russia do not constitute a zero-sum shift in Filipino foreign policy. Rather, it may simply mean the start of a more multi-faceted outreach in defense affairs, in which the Philippines includes Russia as a partner while balancing its ties to the United States and China. Duterte may be driven by a desire to reduce dependency on the United States. Yet he may have also calculated that as tensions continue to grow, multilateralism could be the best way forward.

Anthony V. Rinna is an analyst on Russian foreign policy in East Asia for the Sino-NK research group. He currently resides in South Korea.