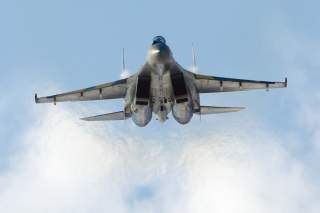 While Saudi Arabia benefits from a weak oil market, and Iran is coping with it, the collapse in the price of oil, coupled with Western sanctions, could prompt Russia to embark upon a more dangerous course in foreign affairs.

Those were the major conclusions of a panel discussion on the geopolitics of oil prices hosted by the Center for the National Interest in Washington, DC on Tuesday.

Chas Freeman, the former U.S. Ambassador to Saudi Arabia, initiated the discussion by explaining that conspiracy theories about the decline in oil prices are bogus. In his view, Saudi Arabia did not “have anything to do with the [oil] price collapse.” Rather, it was caused by a lethal combination of oversupply due to increases in oil production in places like Iraq, Libya and North America, as well as weakening demand due to a sluggish global economy—particularly in Europe and Asia.

While Saudi Arabia has not pushed prices downward, it also has done nothing to prop them back up. Inactivity has been its approach. This isn’t surprising, given that low oil prices suit Saudi Arabia’s economic interests just fine. Freeman explained that Saudi Aramco’s production costs are reportedly $5 or $6 a barrel, so it can easily weather lower prices.

By contrast, last year, Bloomberg reported that the break-even price for major U.S. shale projects ranged anywhere between $43.01 and $184.21 per barrel. While less dramatic, other oil producers—particularly those who rely on offshore sources—have far-higher production costs.

Thus, while Saudi Arabia can remain extremely profitable at the $45-per-barrel price, many of its competitors (and potential competitors) cannot. Over the long term, this allows Saudi Arabia to increase its market share.

Of course, beyond economics, low oil prices also suit Saudi Arabia’s geopolitical interests, principally by weakening its major adversaries such as Iran and Russia. Suzanne Maloney, an expert on Iran’s economy at the Brookings Institution, confirmed that Tehran is feeling the pinch from lower oil prices. For one thing, she noted that the collapse in oil prices had forced the Rouhani administration to revise down its budget figures, from those based on $72 per barrel to those based on $40 per barrel. Lower oil prices will also inhibit the Iranian administration’s efforts to continue reining in inflation, which has been one of its signature achievements thus far.

Still, the impact of falling oil prices hasn’t been catastrophic for Iran, and Maloney argued that it was unlikely to significantly impact Iran’s foreign-policy behavior, particularly with regards to the nuclear negotiations. Instead, one of the most interesting developments has been how falling oil prices have impacted the domestic debate in Iran about its future. Maloney marveled at how foreign investment was no longer a matter of debate in the formerly quasi-socialist Islamic Republic.

While falling oil prices might not significantly impact Iran’s foreign policy, the same cannot be said for Russia. In fact, Dimitri Simes, the President and CEO of the Center for the National Interest, warned that Russia might feel compelled to adopt destabilizing actions designed to prop up oil prices.

Simes stated that the Russian administration was “profoundly unprepared” for falling oil prices, having based its most recent budget on oil prices remaining above $100 per barrel. He blamed this, at least in part, on a bifurcation in Russian policy under Vladimir Putin. On the one hand, Russia’s economic policy had been based on integrating with the global economy, particularly Europe and the United States. On the other hand, Russia’s foreign policy has been increasingly adventurous, often putting it at odds with the EU and United States. Trying to pursue these two policies simultaneously was “totally unrealistic,” Simes argued, and as a result, Russia is in “a lot of trouble” economically.

While some in the West have cheered Russia’s economic downturn, and chastised Putin for it, Simes noted that he remains widely popular, as many Russians blame Western sanctions, not mismanagement at home, for many of their economic hardships. Furthermore, if the economic situation continues to deteriorate, and the free market fails to offer relief, Russia could use more traditional instruments of Russian power to prop up oil prices, such as “destabilization, covert action and of course military force.”

Freeman agreed, noting that “you can take supply out of the market by sabotage” or by destroying existing supplies. He also said he could imagine Russia and Iran at some point joining forces to artificially prop up the price of oil.

“I hope to God that doesn’t happen,” Freeman said.