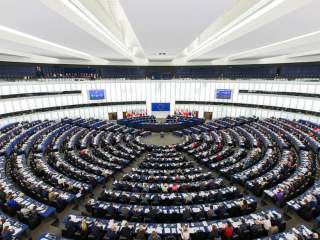 In response to the recent tragic attacks in Paris and the growing threat from foreign terrorist fighters, the European Commission presented on December 15, 2015, its plan aiming at managing the Europe’s migration crisis more effectively by improving the internal security of the European Union and by safeguarding the principle of free movement of persons guaranteed by the Schengen open-borders system. The Commission proposed establishing the European Border and Coast Guard Agency, which will be created from the existing border agency Frontex and the EU member states’ authorities responsible for border management, who will continue to exercise the day-to-day management of the external border.

Frontex (“European Agency for the Management of Operational Co-operation at the External Borders of the Member States”), which is the EU agency based in Warsaw (Poland), was so far only responsible for the coordination of the protection of borders between sovereign member states, without powers to purchase its own equipment, nor to directly employ its own border guard staff. Furthermore, the agency previously needed permission before operating in a member state, and was even banned from buying machines to scan the fingerprints of people arriving in Europe—a shortage of which was one of the main reasons why two-thirds of the people who entered through Greece went unregistered.

Due to the strong emphasis common border policing repeatedly demanded by the governments in Paris and Berlin—being alarmed at the threat to the Schengen open-borders system from up to a million undocumented migrants arriving by sea and heading north from Greece and Italy this year, and encouraged by the U.S. move to suspend visa-free entry for citizens of many European countries who have made recent trips to Syria and Iraq as well as Iran and Sudan—the new agency have been equipped to act independently by reporting directly to the European Commission.

According to the European Commission’s press release, the new body called European Border and Coast Guard will have 1,000 permanent staff (compared to about 400 at Frontex at the moment) by 2020, including field operatives, and member states will have to put at least 1,500 personnel on standby for deployment within 3 days—being empowered with a mandate to intervene if member states are overwhelmed or are deemed to be failing to safeguard the EU's external borders.

The Agency will also have at its disposal a technical equipment pool where member states will be required to make available at immediate notice operational equipment acquired at a 90 percent co-financing rate under the additional allocations of specific actions of the Internal Security Fund, and a Returns Office with the task of stepping up deportations of those who fail to qualify for asylum. It will also increase systematic security and identity checks at the Schengen frontiers, including of EU citizens who typically pass with limited scrutiny at present, as apparently many of those who have carried out Islamist attacks in Europe in the past two years have been EU citizens who have fought in Syria and then returned to their home countries, notably to France and Belgium.

The Commission says that an estimated 5,000 EU citizens have joined militant groups, and an unprecedented 1.5 million people crossed into the EU irregularly between January and November 2015.

In this context, the Commission also proposed a one-year suspension of Sweden’s obligations under the EU relocation scheme, in view of the unique strain on its capacities, created by the sharp increase in applications for international protection. The country where number of applications have increased year-on-year by 60 percent, and monthly applications doubled between August and September 2015, with a further 60 percent increase in October 2015.

The European Border and Coast Guard will also have the power to operate in non-EU members of the Schengen zone, such as Serbia and Macedonia, which are part of the well-trodden Western Balkan route used by thousands of migrants.

Nonetheless, even though European leaders have discussed a common border force for more than 15 years, they could never overcome deep-seated objections to yielding national powers to monitor or enforce borders.

The plan is still perceived by many as a serious transfer of sovereignty from national governments, where the agency will be able to act without the concerned country’s approval, and although member states would be consulted, they would not have the power to veto a deployment unilaterally.

"This means creating an institution, which would decide arbitrarily on its actions without the (concerned) member state's participation," Polish Foreign Minister Witold Waszczykowski told private Polish radio RMF on December 13, 2015. "It is one of the decisions we will protest against," he added.

A similar sentiment on the matter was echoed by Hungary’s foreign minister Peter Szijjarto, who said he “would [also] not support a diktat-based takeover of border controls.”

Apparently, both gentlemen seem not entirely to agree with Frontex’s Executive Director, Fabrice Leggeri, who insists that “the normal functioning of the borders is not possible anymore”—the very slogan of the EU Commissioner for Migration, Home Affairs and Citizenship, Dimitris Avramopoulos, who has most recently encouraged European citizens to create “more Europe” in Europe.

Mr. Leggari described in early September to the British House of Lords EU Home Affairs Sub-Committee how Frontex is to be part of a coordinated effort featuring a host of EU organizations (Europol, the European Asylum Support Office (EASO) and European Union Naval Force ATALANTA), aiming to create safe routes to Europe for genuine asylum seekers as well as swiftly removing people back to their countries of origin. He also noted that more money would allow the agency to strengthen its work—even though the budget of Frontex has already been increased three times this year.

In theory, indeed, extreme times demand extreme measures, but in practice it looks like again, in the course of our Western friends “open-arms” foreign policy, the CEE countries are obliged to meet the challenge set some time ago by Winston Churchill, encapsulated in the following line: “Never in the field of human conflict was so much owed by so many to so few.”

Having in mind that the regime applies to countries in Europe’s free-travel Schengen area, which does not include the UK and Ireland (both countries have opt-outs from EU migration policy), it is obvious that it will not greatly affect countries like Germany that are surrounded by other Schengen nations.

The idea is also seen by many as impractical as the Franco-German plan seems to be lacking an understanding the fact that a proper registration in Greece and Italy would require huge camps for the refugees, which might need to support them up to 18 months—an  idea which may be perceived by the Amnesty International UK as “inhumane.”

Therefore, it seems to me that it is quite compiling to recall the author of 1984, and an ardent critic of totalitarian regimes, who knew like no one else in this world that “the fallacy is to believe that under a dictatorial government you can be free inside.” Yet, we shall see on December 17 if we prefer “happiness” over “freedom.”

Adriel Kasonta is an Editorial Board Member at the Central European Journal for International and Security Studies, and Researcher on the Europe Desk at Wikistrat. He is former Chairman of the International Affairs Committee at the oldest conservative think tank in the United Kingdom–The Bow Group (2014-2015).