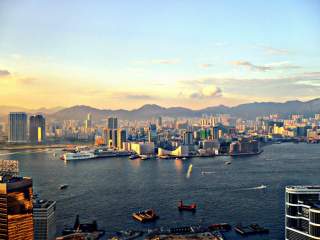 There is unrest on the streets of Hong Kong as thousands of pro-democracy campaigners clash with police over Beijing’s decision to curtail democracy in the Special Administrative Region (SAR).  The present turbulence is the latest stain on China’s implementation of the “one country, two systems” doctrine, and offers both a reminder of China’s troubled history as well as a glimpse into the country’s future political development.

Beijing’s decree that fully democratic elections will not be implemented ahead of the next round of elections for Hong Kong’s Legislative Council and Chief Executive is the proximate cause of the protests.  Many Hong Kong residents are furious at the prospect of only being able to choose from a list of pre-approved candidates when electing their leaders.  The issue thus goes to the heart of how the territory is to be governed going forward.  Yet the showdown between Hong Kong’s citizenry and the authorities in Beijing is part of a much longer history of Chinese efforts to reintegrate the territory into China proper—a history which portends implications far beyond the present turmoil.

Hong Kong rose to wealth and prominence as part of the British Empire.  The territory became a British Colony in the 1850s at a time when Qing China was beset by internal dysfunction and external predation, just one of many territorial concessions made to the European (and Japanese) colonial powers during the so-called “Century of Humiliation.”  Hong Kong Island and Kowloon Peninsula were annexed by Britain outright but the colony was expanded in 1898 to include vastly more territory (the so-called “New Territories”), leased to Britain by the Qing for a 99-year period.  British rule was far from enlightened, always designed to maximize the wealth of the metropole rather than improve the lot of Hong Kong’s residents, yet the city prospered as a center for Asian commerce.

In 1984, London agreed to cede sovereignty over all of Hong Kong once the lease on the New Territories expired in 1997.  The Sino-British Joint Declaration held that Hong Kong would be administered as a distinct jurisdiction within China, exempt from the imposition of Chinese socialism, with its government organized according to a newly authored Basic Law until at least 2047.  Under the “one country, two systems” slogan, Hong Kong’s return to Chinese rule was supposed to be a milestone in the history of China’s rebirth as a great power on the world stage, a symbolic healing of past territorial dismemberment.

The transition was complicated, however, by the last governor of Hong Kong, Chris Patten (1992-1997), who shocked Beijing by introducing more-or-less democratic elections at most tiers of colonial government during the dying years of British rule.  The move caused outrage in China, with Chinese leaders accusing Patten of violating both the letter and the spirit of the Sino-British Joint Declaration and the Hong Kong Basic Law.  For around 150 years, London had governed Hong Kong with characteristic disregard for the liberties of its inhabitants.  Now, with just a few years of British rule remaining, the political rights of Hong Kong residents were put front and center.  From Beijing’s perspective, the timing of Britain’s belated preoccupation with democratization looked suspiciously like a time bomb designed to undermine Chinese rule from the get-go.

Indeed, the past 17 years have witnessed China struggle to reconcile the expanded rights enjoyed by citizens in Hong Kong with the wider system of centralized rule that emanates from Beijing.  If not quite analogous to swallowing a porcupine, integrating the somewhat democratic Hong Kong into the overwhelmingly autocratic Chinese state has proven torturous for China’s leaders.  The political legacy of the Century of Humiliation continues to be felt even as the physical scars of colonial-era dismemberment have been erased.

The lessons for China’s future are stark.  First, consider the tumult that would ensue if Beijing ever realized its long term goal of reunification with Taiwan.  With their meaningful elections, dynamic two-party system, flourishing civil society and well-established tradition of popular protest, 23 million Taiwanese surely make unlikely candidates for passive acceptance of a “one country, two systems” arrangement of the sort already proving inadequate for containing the much smaller population of Hong Kong—even if reunification of China were to be achieved via peaceful political means.

Second, the uneasy marriage of limited democracy and Communist Party rule that currently obtains in Hong Kong bodes ill for the future relaxation of central authority in mainland China.  The risk of “centrifugal forces” pulling China apart is often touted by China-watchers as a prime candidate for halting the country’s seemingly inexorable rise to the top of the great power league table.  Hardliners in Beijing agree, arguing that decentralization and democratization are anathema to keeping China strong.  The image of pro-democracy protestors in Hong Kong standing defiant in the face of teargas-toting riot police will only strengthen such anti-reformist convictions.

It is unlikely, though not completely unfeasible, that today’s Occupy Central protestors will be successful in forcing the central government to back down over the issue of fully democratic elections.  Yet the struggle over political liberalization in Hong Kong and the rest of China looks set to continue well beyond the present turmoil.  How the process unfolds in the long term will have dramatic implications for China, the region, and the world at large.