Beyond the F-35: 3 Things Canada Should Consider For Its Next Fighter 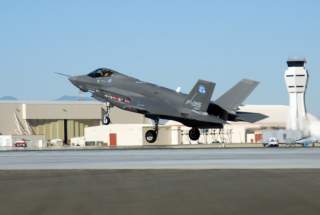 The immediate bad news accrues to Lockheed Martin, which stands to lose $6 billion in future revenue, and its remaining customers, for whom smaller volumes will mean as much as one percent more per production aircraft. The remaining longer-term question is what this means for Canada; U.S. Senator Orrin Hatch, after all, called the decision “stupid.”  But it’s not that prime minister-designate Justin Trudeau is outrightly refusing the stealthy airplane. Rather, he’s promising an open competition on a much smaller budget, presumably now for a twin-engined jet, which pretty much restricts the race to Boeing’s F-18E/F Super Hornet and Dassault’s Rafale C/B. The philosophies behind those aircraft designs differ markedly from that behind the F-35 Lightning II, so what else the Canadian military buys must now change as well.

How different, and what to buy? Former Canadian military procurement chief Alan Williams wrote recently in the Ottawa Citizen that if the JSF were right for Canada, it presumably could win an open competition. If the competition were actually designed to elicit best value for money—there’s a history of tailoring requirements towards preferred solutions in the Department of National Defence (DND)—then value must consider the plane as part of a war-fighting system. The technical complexity of the F-35 was embraced years ago in the design process as an intendedly superior substitute for the operational complexity of coordinating the activities of more specialized aircraft and weapons. So, if the DND will now step away from that Swiss Army knife approach, it will need to add a few blades elsewhere to get the job done. Three ideas come to mind:

First, if buying the F-18, consider putting some EF-18Gs in that order:

This is exactly what the Australian Defence Department is doing for the RAAF—whether it eventually buys the F-35 or not. The EF-18G Growler is Boeing’s adaptation of its twin-seat Super Hornet as a radar-hunting defense-suppression aircraft. In 1992, the US Air Force would show carts explaining why stealth bombers didn’t need that escort. Now, we’re less certain that even F-35s can do without them, so squadrons of F-18s should form up on them when flying forward. Forgo those, and RCAF fighters will be circling S-300 missile batteries from at least a hundred miles.

The term cruise missiles might not sit well with all the Liberals’ supporters, but don't feel bad—the RAAF is buying them, and now you’re stuck needing them too. There are plenty of options on the market for both maritime and land attack, including the Joint (Naval) Strike Missile from Kongsberg, the Joint Air-to-Surface Standoff Missile from Lockheed Martin, the Storm Shadow from MBDA, and the KEPD 350 from MBDA and Saab. Stealth aircraft might be able to overfly the latest missile batteries on their way to drop gravity bombs; Super Hornets and Rafales shouldn’t try. With the right missiles, though, they shouldn’t need to.

The extra seat in those aircraft does slightly reduce range and maneuverability, but the F-35 wasn’t long on either attribute anyway. Range might be important over the Far North, but 437 Squadron does have its five Airbus tankers at CFB Trenton. More sharply, even in an Article 5 war with China, the RCAF will probably not be flying feet dry towards Beijing, so range won’t matter like it will for the USAF and the US Navy. But one of the great things about the Canadian military for NATO as a whole is that it’s not the American military. Canadian politicians' distinct view of Canada’s interests has recurrently led the Canadian military to specialize in things that American politicians and generals often overlook. That’s how the US Army got the Stryker—by looking north at the Canadian Army’s LAV fleet—and that vehicle performed very well in Iraq and Afghanistan. A whole fleet of twin-seat fighter-bombers , whose back-seat observers could specialize in coordinating close air support, would do the alliance well while the USAF is trying to dump the A-10C and everyone else is going single-seat.

For truth is, the U.S. military will shortly need a new plan too. As U.S. Senator John McCain said this week, its plans to buy 2,443 F-35s are “out of whack with budget realities.” Indeed, the F-35 is eating the budget, and the Pentagon may need in a few years to choose more clearly between ships, troops, and fighter jets. As my colleague August Cole asked the other day, “in 2025, would you rather have an extra dozen F-35s, or a pair of modern military icebreakers?” The incoming prime minister has firmly communicated that he favors frigates over stealth fighters. Whatever fighters he does buy, I just ask that they come equipped for the task.