BrahMos: India's Supersonic Missile That Terrifies China (Thanks to Russia) 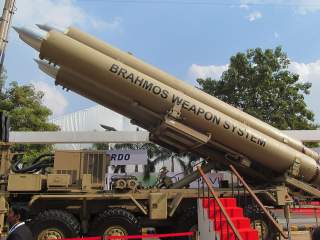 Showdown Over the Himalayas—and the South China Sea?:

The BrahMos cannot reach very far into Chinese. Although China is upset about the BrahMos missile’s presence on its border, it probably should be more worried that India is announcing it is close to a deal for selling the weapon to Vietnam.

This first appeared in the Summer of 2016 and is being resposted due to reader interest.