To Break the Stalemate in Afghanistan, America Must Break Pakistan’s Pathologies 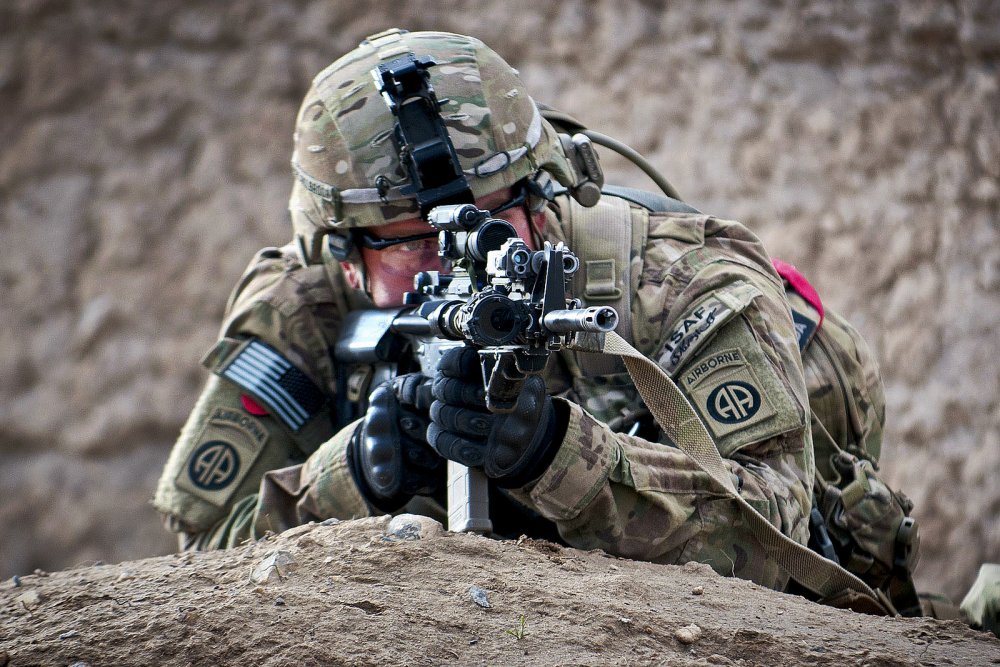 “Twenty U.S.-designated terrorist organizations operate in the Afghanistan-Pakistan sub-region; seven of the 20 organizations are in Pakistan. So long as these groups maintain safe haven inside of Pakistan they will threaten long-term stability in Afghanistan. Of particular concern to us is the Haqqani Network (HQN) which poses the greatest threat to coalition forces operating in Afghanistan.”  General Joseph Votel, Posture Statement Before the Senate Armed Services Committee, March 2017.

“The Taliban and the Haqqani network are the greatest threats to security in Afghanistan. Their senior leaders remain insulated from pressure and enjoy freedom of action within Pakistan safe havens.  As long as they enjoy external enablement, they have no incentive to reconcile.  The primary factor that will enable our success is the elimination of external sanctuary and support to the insurgents.”  General John Nicholson, Statement Before the Senate Armed Services Committee on the Situation in Afghanistan, February 2017.

After 15-plus years, the war in Afghanistan remains a strategic stalemate because defeating an enemy requires taking away its capacity and will.  The Coalition and Afghan forces have hit the enemy’s capacity year after year but the Taliban’s will—their senior leaders, support, resources, rest, regeneration, and arms—continue to benefit from sanctuary and support from Pakistan’s security establishment.  In his testimony to the Senate Armed Services Committee (SASC) in February of this year, the theater commander, General John Nicholson, stated that he believed the war in Afghanistan was a stalemate.  It has been a strategic stalemate for at least the last ten years and arguably for the last 15 years.  As early as 2003 the then-top U.S. commander in Afghanistan, Lieutenant General John Vines, stated publicly that the Taliban were benefiting from Pakistan’s sanctuaries to regroup.  So despite suffering many losses in leaders and capacity inside Afghanistan year after year, the Taliban have not quit, and are resilient in regenerative capacity.  Tactical and operational momentum have ebbed and flowed throughout the war.  The Coalition and its Afghan partners have made some errors, but they have improved and adapted during the course of the war.  The Afghan security forces have grown in quantity and improved in quality, and have led the fight for several years.  During the peak numbers of exogenous forces for the war in 2010-2011, the Coalition forces, along with their Afghan partners, achieved marked tactical gains and operational momentum.  To be sure, Coalition and Afghan forces have undertaken many counterterrorism and counterinsurgency actions that have punished, disrupted, and displaced the Taliban and the Haqqani leadership and infrastructure, year after year.

Yet these gains at the tactical and operational levels have been short-lived and have generally lacked meaning in the face of the most conspicuous impediment to strategic success: Pakistan’s sanctuary and support for the enemy.  Killing, capturing, disrupting, and displacing insurgent and terrorist enemies, fighting season after fighting season, absent genuine strategic momentum, have made this a perpetual war.  It is beginning to seem like a Groundhog-Day war where fulfilling the purpose remains elusive.  In theory, the purpose of war is to serve policy; in practice, if war is not linked to strategic rationale and momentum, the nature of war is to serve itself.  Fighting year after year within the context of a strategic stalemate is essentially violence and war serving themselves and not policy.

General Nicholson has conceived a laudable idea for an operational method to help break the stalemate by about 2020.  His idea is to invest in those forces that have demonstrated the best capacity to outfight the Taliban in most engagements: the Afghan Special Security Forces (ASSF) and the Afghan Air Force (AAF).  In his recent SASC testimony, he explained his operational idea to grow the ASSF and AAF to build an overmatch in offensive capacity vis-à-vis the Taliban, to ultimately achieve tactical and operational momentum.  The idea is to create an offensive punch that will outmatch the Taliban and break the stalemate.  An offensive overmatch in the best Afghan security forces will create a tactical and operational capacity to hit the Taliban hard, disrupting, capturing, and displacing their leaders and infrastructure.  This concept will create operational momentum by taking away Taliban capacity and by increasing the Afghan government’s control over more key population areas.  But tactical gains and operational momentum alone will not break the stalemate.  Offensive punch and tactical overmatch will set the enemy back, but without strategic change in reducing the enemy’s external sanctuary, these gains will be impermanent.  There were marked tactical gains and discernible operational momentum during the uplift of forces period in 2010-2011, but they did not break the strategic stalemate because Pakistan continued to provide sanctuary and support.

Pakistan’s pathological strategic culture, which routinely provides succor and sanctuary to the Taliban, the Haqqanis and others, is the most significant impediment to strategic momentum and success in Afghanistan.  Pakistan’s strategic pathologies and contradictions also present the gravest threats to security and stability in Afghanistan and Pakistan.  Most official U.S. reports and testimonies on the situation in Afghanistan explicitly state, for the public record, that Pakistan’s sanctuary and support prevent the defeat of the Taliban.  A reduction of this sanctuary and cessation of the sources of support for the Taliban in Pakistan is the strategic sine qua non for ending the war in Afghanistan with modest success.  General Nicholson’s statement for the SASC record this past February included, “multiple witnesses have appeared before this body and testified that insurgents cannot be defeated while they enjoy external sanctuary and support from outside of the national boundaries of the conflict area.”  Pakistan’s failure to alter its strategic calculus, its sponsorship, its provision of physical and ideological support, and its regeneration of murderous Islamist armed groups, continues to pose a grave strategic risk for the war in Afghanistan.  This war will not end, or it will end badly, unless the West and its regional partners bring the full weight of their collective national powers to break Pakistan of its pathological strategic behavior.  Pakistan’s actions have been harmful to itself, to its purported friends, and to peace and stability in South Asia.

Pakistan’s pathologies are rooted in the burdens of Pakistan’s history, geography, and no-fault perfidy.  In simplified form, these manifest themselves in four contradictions that have framed Pakistan’s strategic malfeasance and ineptitude.  The first is the security-insecurity contradiction where for the seven decades of Pakistan’s existence, almost every major war or initiative that its security establishment started, arguably to improve Pakistan’s security, essentially ended up undermining its security and destabilizing the region.  Although Pakistan started its four wars with India, including the 1999 Kargil conflict, and generally got crushed in all of them, this was not the generals’ fault.  After Pakistan’s humiliating defeat in the 1971 war with India over East Pakistan, Pakistan’s leaders pressed ahead to acquire nuclear weapons, ultimately alienating the U.S. and compounding Islamabad’s security predicament with India.  Worse still, in pursuit of the mythical notion of strategic depth, the Pakistani army and its Inter-Services Intelligence (ISI) Directorate have persistently promoted insurgents and terrorists in Afghanistan, Kashmir and India, to the ultimate harm of Pakistani security and regional stability.

The second contradiction is the friend-enemy delusion, whereby Pakistan pretends to be a friend and ally of the Coalition while the country’s security establishment consistently behaves in a manner that is lethally inimical to the Coalition and its Afghan partners.  Pakistan remains the leading source for the key components of improvised explosive devices that continue to kill and maim friendly forces and civilians. Pakistan has provided and continues to provide sanctuary and support for the Taliban, al-Qaeda and other like-minded Islamist militant groups.  The ISI continues to collude with a host of such groups—a list that likely includes the Taliban, the Haqqani network, and Lashkar-e-Taiba—that support the fight in Afghanistan or the export of extremist attacks to America, Europe, India, Kashmir and elsewhere.  A corollary to this friend-enemy delusion is that in the unlikely chance that the Taliban regain control of Afghanistan, it would augur badly for Pakistan’s security because of the increased potential for sanctuary and collusion by anti-Pakistan militants inside Afghanistan itself.

Experienced South Asia hands have also noted a patron-client contradiction that characterizes American relations with Pakistan.  Pakistan narrates and carries out its relations with America as though it were a patron to the U.S. client.  The truth, of course, is that the U.S. has supported Pakistan with more than $33 billion in economic and military support over the last 15-plus years, notwithstanding the U.S. funding that Pakistan benefited from in the decades before 9/11.  However, many a senior U.S. interlocutor has tolerated and accepted this false narrative, thus perpetuating it.  As an example, former Chairman of the Joint Chiefs of Staff, Admiral Michael Mullen, visited and interacted with his Pakistani counterparts 26 times before recognizing the duplicity for what it was.  The patron-client illusion is just one of a number of false narratives that Pakistan’s security elites weave with sublime eloquence.  Among other mendacious talking points are that Pakistan is the tragic and faultless victim of U.S. betrayal and unreliability; that Pakistan’s nuclear weapons are at risk of nightmare scenarios; and that Pakistan has already done so much to counter the Islamist militants (its creations) that if we were to compel it to do more, Pakistan would be at risk of implosion.