Breaking Down a Disaster: The Gallipoli Nightmare 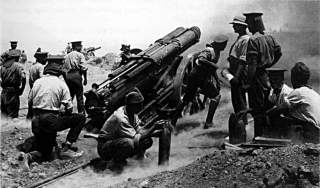 The strategic origins of the Gallipoli operation are to be found in the determination of the First Lord of the Admiralty, Winston Churchill, to use the navy decisively to influence the war on land, in the willingness of the British War Council and many of its advisors to believe that sea power could achieve this end, and in an underestimation by all concerned on the determination with which the enemy (Turkey) would defend its homeland.

Churchill had taken up his post in 1911 to ensure that a reluctant navy complied with the plans of the army to escort an expeditionary force to France in the event of war. By September 1914 this feat had been accomplished (without the loss of a single soldier).

Naval units were then engaged in sweeping up small squadrons of German ships in distant seas, ensuring that vital supplies carried in unarmed merchant ships arrived safely in Britain and in maintaining offensive patrols in the North Sea to keep watch on the German fleet.

None of this proved very congenial to Churchill. His restless mind had been devising a series of more offensive operations for his ships since the war’s outbreak. Although his schemes were many and various they had one factor in common: they sought not just to defeat the German fleet but to use British naval power to shorten the duration of the land war.

By early 1915 the war was entering an indecisive phase. The German assault in the west had been stymied at the Marne; the Russian armies had suffered grievously at Tannenburg and the Masaurian Lakes but were still in the field; French operations against Germany, Austrian operations against Serbia and Turkish operations against Egypt had collapsed almost at inception.

And these setbacks to the armed forces of the major powers had been accompanied by some ominous developments. Small groups of soldiers in rudimentary defenses and armed only with repeating rifles had proved capable of stopping attacks by masses of infantrymen.

The appearance of trenches and a few machine guns reduced even further the chances of advancing troops. Stalemate started to enter the vocabularies of the general staff.

Politicians and strategists on all sides greeted this spectacle of war without end with alarm. On the British side three men brought forth new strategic conceptions which were designed to surmount the problem. If there was no way through the Western Front they reasoned, there must be a way around.

First in the field was Lloyd George. He considered that Germany’s allies should be attacked—Austria-Hungary by a force consisting of the Balkan states led by Britain and France landing on the Dalmatian coast and advancing on Vienna. In addition a landing should be made on the Syrian coast to cut off the Turkish Army in the vicinity of the Suez Canal, bringing Germany down by a process of ‘ knocking the props under her’.

Lieutenant-Colonel Maurice Hankey, an ex-marine and secretary of the War Council had also conjured up an alliance of Balkan states, including Greece and Bulgaria. He thought that with these states on board it might be possible ‘to weave a web round Turkey which shall end her career as a European Power’. If Roumania and Russia could be enticed into the coalition "the occupation of Constantinople, the Dardanelles and the Bosphorus" could be accomplished. Thus communications would be restored with Russia via the Black Sea. Three British army corps combined with the Balkan and Russian forces should be sufficient to achieve these ends.

The third person to dabble in grand strategy was Lord Fisher, First Sea Lord at the Admiralty and Churchill’s chief naval adviser. He advocated a gigantic war against Turkey involving a coalition of Balkan states, a Greek army landing on the Gallipoli Peninsula and the navy forcing the Dardanelles with squadrons of obsolete battleships appearing off Constantinople and compelling the surrender of the pro-German government.

At the same time that Churchill was being bombarded by "Turkey" memoranda from various quarters, other events were directing his thoughts towards the Dardanelles. On January 1 Britain’s ambassador in Russia had telegraphed to the Foreign Office that Grand Duke Nicholas had informed him that Russian forces were being hard pressed by the Turks in the Caucasus and had asked if "it would be possible for Lord Kitchener to arrange for a demonstration of some kind against the Turk elsewhere, either naval or military [to] ease the position of Russia."

Lord Kitchener, Secretary of State for War, asked Churchill for his opinion, making the point that "we have no troops to land anywhere" and enquiring whether a naval "demonstration" at the Dardanelles might be the most effective way of preventing more Turkish troops being sent east.

Following a meeting of the Admiralty War Group on 3 January a telegram sent was by Churchill to Admiral Sackville Carden, commanding the squadron off the Dardanelles. It said:

Do you consider the forcing of the Dardanelles by ships alone a practicable operation. It is assumed older Battleships fitted with minebumpers would be used preceded by Colliers or other merchant craft as bumpers and sweepers.

Let me know your views.

On January 8 Carden’s plan for forcing the Dardanelles arrived. In truth it was not so much a plan as a list of the order in which the Dardanelles defenses would be attacked—starting with the outer forts and working towards the series of forts at the Narrows.

Nevertheless, at last Churchill had a plan which he placed before the War Council on  January 13. He emphasized that the guns of the Fleet were more modern than those in the Turkish forts and outranged them. What the Fleet would do when it cleared the Narrows was left rather vague. All Churchill had to say on this aspect was that "it would proceed up to Constantinople and destroy the ‘Goeben’."

Lloyd George and Kitchener thought the plan worth trying, Kitchener making the additional point that "we could leave off the bombardment if it did not prove effective."

A group of old battleships was to attempt to blast their way through the Dardanelles to Constantinople. If operations in the Straits prospered, well and good: if they did not all seemed to agree that the ships could sail away.

The conclusion of the War Council therefore was unanimous that the Admiralty should also prepare for a naval expedition to bombard and take the Gallipoli Peninsula, with Constantinople as its objective. Churchill immediately ordered his admirals to give effect to Carden’s requests.

During the next few weeks a force of a dozen or so old battleships (including some provided by France) and two new ones were gathered off the entrance to the Dardanelles. After an action that lasted from February 19 to March 18, the naval attack was broken off.

It was a complete failure. Not for the first time during the First World War a strategic concept had come unstuck because the tactics required for its successful implementation were beyond the abilities of the force employed. The idea was that the ships would destroy the Turkish forces by bombarding them at a range outside the guns of the forts, but it was soon found that from these ranges the chances of hitting the guns of the forts were negligible.

Any attempt to close the range was hampered by the minefields laid before the war and enhanced while the bombardment was underway. Similarly attempts to sweep the minefields were hampered by the batteries of howitzers. When these batteries were attacked by the fleet it was found that the shallow trajectory of the ships’ guns meant that most of the Turkish guns sheltered behind hills or in low lying ground were safe from naval fire.

Meanwhile pressure was building to send troops to the Dardanelles. Hankey had informed Prime Minister, Herbert Asquith, that Churchill’s opinion that a "ships alone" operation might still succeed was not to be trusted. Asquith was much influenced by Hankey and agreed that a "fairly strong military force" should be assembled to assist the fleet. Above all Fisher had undergone a change of heart. He informed Churchill: "Not a grain of wheat will come from the Black Sea unless there is military occupation of the Dardanelles!"

Eventually, this pressure of opinion had an effect on Churchill. By mid-February he was not only arguing that troops should be sent but that at least one division should consist of regular soldiers (the 29 Division). At a War Council Meeting he told Kitchener who understandably was having trouble grasping why the navy suddenly required the presence of troops:

It would be a great disappointment to the Admiralty if the 29th Division was not sent out. The attack on the Dardanelles was a very heavy naval undertaking. It was difficult to overrate the military advantages which success would bring … In his opinion, it would be a thrifty disposition on our part to have 50,000 men in this region … He was sending out ten trained battalions of the Naval Division. Neither these, however, nor the Australians and New Zealanders could be called first-rate troops at present, and they required a stiffening of regulars … We should never forgive ourselves if this promising operation failed owing to insufficient military force at the critical moment.