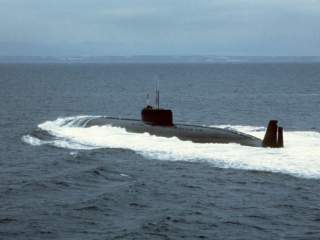 Moscow plans to refit the two giant warships with ten 3S-14 vertical launch systems—each of which carries eight rounds. The addition of the 3S-14 would enable each ship to carry eighty cruise missiles onboard. The ships would carry a mix of and Zircon long-range Kalibr cruise missiles.

The Zircon will also be used onboard Russia’s next-generation nuclear attack submarines. The RIA Novosti report suggests that the new submarine project is called Husky—which was previously unreported.