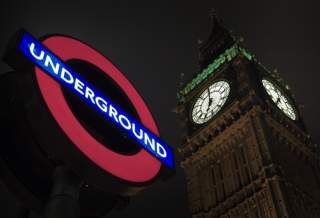 British voters have spoken: they have chosen, by a narrow margin, to leave the European Union. The National Interest has carefully covered both sides of the debate for months, including predictions of a British future with or without the EU.

Analyzing the Remain and Leave campaigns in terms of real-life British politics, Peter Harris writes in TNI’s May/June 2016 issue that “Britain’s participation in the European project is highly susceptible to changes in the electoral calculus of the political parties.” Since Prime Minister Harold Macmillan’s 1961 petition to join the European Economic Community—seeking “to find new avenues to promote British trade and industry and to outflank the opposition Labour Party”—partisanship has always taken precedence over permanent and enduring beliefs about Britain’s role in Europe.

This means that last night’s vote was anything but guaranteed:

“Policy towards Europe—including the very decision to hold a referendum on Brexit—has long been set by politicians whose primary concern is how their stance on Europe will play with key constituents, and by party leaders eager to keep their disparate electoral coalitions intact. This means that, even if the British people ultimately opt to remain within the EU, uncertainty will continue to plague cross-Channel relations. Simply put, British politics is too fluid to support a stable relationship with Europe right now; coalitions that were once reliably pro-European are now frayed, perhaps fatally so.”

By contrast, Matt Purple suggested that “there’s also a deeper cultural dimension at work. The Brexit issue penetrates to the heart of the British identity crisis, which began after empire and proceeded through Suez, Reagan-Thatcher and the Iraq War, to the present day.”

By reflecting on their national attachment to Europe, and considering a nationalist path between liberalism and libertarianism, the British are “becoming more like us, viewing their country less as part of a regional neighborhood and more as a global power broker. They’re also in line with many other first-world peoples, who are rejecting decades of global consolidation in favor of something smaller and more nationally grounded.”

Back in November, Sked anticipated the benefits that would accrue to a newly independent Britain:

“As a normal, self-governing democracy again, it could negotiate its own free-trade treaties with other countries and trading blocs; it could represent itself in international trade organizations (presently, being only one of twenty-eight EU member states, its own interests are submerged and overlooked); it would not have to impose EU health and safety regulations on the 95 percent of companies that are not involved in trade with the EU; it could concentrate on boosting its already growing exports to the wider world (where it has a trade surplus); it could reclaim its fishing grounds; and its government would not have to spend 40 percent of its time on EU business.”

It remains to be seen whether these hopes will come true.

In the wake of UK voters’ decision to leave, attention is on the rest of Europe and whether other member states will move to reconsider their relationship to the EU. According to Milton Ezrati, Prime Minister David Cameron’s push for concessions from the EU prior to the referendum “has launched a reform movement within the EU that may well live on, regardless of Britain’s vote.” Other European member states are reconsidering the nature of their relationship to the broader Union, questioning the rules under which they interact with the rest of the continent and wondering whether a better deal might be possible. “The threat of Brexit and Cameron’s negotiations,” Ezrati writes, “may have provided enough of a shock to create lasting reform momentum” from Paris to Athens.

Stephen McGlinchey, meanwhile, claims that a Brexit vote is the first of many small steps toward greater European disunity:

“It is unlikely that, whatever the result, the issue of member states seeking to leave the EU will be settled. In fact, there is a very real prospect that other member states will attempt to launch in/out referenda of their own. The migration crisis, and the eurozone financial crisis before it, has exacerbated a volatile and pervasive current of Euroskeptic opinion across the continent. As the migrant crisis continues, and sclerotic economic growth continues in the EU, this will only get worse.”

McGlinchey argues that plenty of EU members—Greece foremost among them—would be better off on their own, and that the UK’s electoral experiment has filled their voters with newfound courage.

Now that the referendum is over, where will the UK go next? John Hemmings has laid out three strategic directions for a newly independent Britain: (1) “Little Britain . . . turning its back on the world, sipping tea and musing over a hot afternoon of cricket”; (2) “a middleman . . . play[ing] on its growing China relationship here, so that London might become a fencemender”; or (3) “‘Best Friends’ . . . strengthening its relationship with traditional allies like the United States, and asserting its vision within NATO on the continent.”

Meanwhile, John Ford anticipated that “a vote for Leave may stir the nationalistic passions of some Englishmen, but it will ultimately reduce British geopolitical power by leaving Britain smaller, weaker, poorer and without any institutional mechanisms to protect its interests.” If staunchly pro-European Scottish vote to leave the UK in coming years, Britain’s economy “would no longer rank between France and Germany among European powers. Instead, it would rank between France and Italy, a major comedown.”