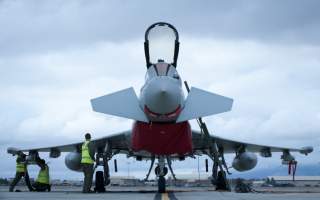 The current budgetary environment requires that the Department of Defense (DoD) make the most efficient use of all its resources – money, personnel and time – reducing costs and improving outcomes wherever possible. According to the Under Secretary of Defense for Acquisition, Technology and Logistics, Mr. Frank Kendall, the Pentagon has seen some success through its Better Buying Power initiative with respect to major acquisition programs.  One area where much room for improvement remains is in logistics and sustainment. With DoD spending more than $200 billion annually on goods and services, this is an area ripe for savings.

The answer is readily at hand. The private sector has spent decades reducing the costs and improving both the speed and accuracy of its logistics systems and supply chains. The poster children for this effort are firms such as Amazon and Walmart. The biggest successful commercial companies are increasingly outsourcing much of their logistics and supply chain management functions in order to focus more on their core activities. There are major global companies such as UPS, Maersk Line, C.H. Robinson and Agility that specialize in logistics and supply chain management services.

The U.S. military has made use of many of these same logistics providers to support their overseas operations. The supply lines from the United States to Iraq and Afghanistan were operated by private companies, notably APL, Maersk Line and Hapag-Lloyd. They operated either through Pakistan and Kuwait or from Europe across Russia and Central Asia to Afghanistan.

The last ten years have clearly demonstrated the importance of a defense logistics and sustainment system that is agile, responsive, able to integrate both commercial and defense unique capabilities and effective in meeting the needs of the warfighter. Such a system does not now exist. DoD managed to get by over the past decade by creating workarounds to the structures, processes and regulations developed over the course of the Cold War.  DoD needs to build on the lessons learned from recent conflicts. In particular it must develop ways of harnessing the energy and innovative capabilities resident in the commercial industrial base.

One country that has achieved an unparalleled level of efficiency and responsiveness in its logistics and sustainment activities is the United Kingdom (UK). The British Ministry of Defense (MOD) has wholeheartedly embraced outsourcing many of these functions to the private sector. It relies on the private sector for such services as satellite communications, management of its networks and even pilot training. It also has entered into long-term arrangements with private companies for the maintenance and sustainment of major weapons systems. In so doing, it has made extensive use of performance-based logistics (PBL) contracts. PBL contracting, widely used by the world’s largest companies, is based on defined outcomes or levels of service (such as aircraft availability or time-on-wing for their engines), rather than parts and labor. The MOD has a 25-year contract with Boeing to maintain the country’s fleet of Apache attack helicopters.

Another area where the MOD has forged a new relationship with the private sector is in logistics and services. In 2015, the MOD signed the 13-year Logistic Commodities & Services Transformation contract with a team headed by Leidos and including companies such as Kuehne+Nagel, Agility, TVS and Thales. The contract covers the buying of non-military items such as food and medical supplies as well as providing storage and distribution services for UK armed forces. These are areas where private sector companies excel. The goal of this contract, according to the MOD, is to “modernise our commodity procurement, warehousing, and distribution and secure a supply chain that will be responsive to the needs of the military, whilst at the same time saving money for Defence.”

One of the primary reasons why the MOD is willing and able to enter into long-term PBL-based service and support contracts with private companies, not just British firms but global providers, is because of its attitude towards the private sector. The MOD views the private sector as a positive contributor to their mission. It works hard to establish a collaborative relationship. MOD officials are demanding and insist on adherence to contracting requirements. But they treat the private companies as partners, not adversaries.

Senior Pentagon logistics officials say that one reason they do not make greater use of performance-based logistics and sustainment arrangements is that they don’t know how to write good contracts. Perhaps they should outsource this job to the UK MOD.