Budapest is Burning: The Hungarian Revolt That Shook the Soviet Empire 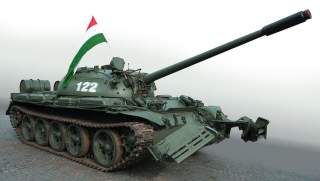 It was sixty years ago when teenagers hurling Molotov cocktails breached a crack in the Iron Curtain.

In the autumn of 1956, East Germany, Hungary, Poland and the rest of eastern Europe seemed firmly in the grip of the Soviet Empire. Not that the empire’s subjects liked it that way. Anticommunist guerrillas plagued Soviet rule in Ukraine and the Baltic states throughout the 1950s. Hundreds of striking East German workers were killed in 1953 by Soviet troops and East German Volkspolizei, while dozens more Polish strikers were killed by Polish security forces in June 1956.

But all of this was mere rumblings, inconvenient but hardly fatal, for an empire digesting its post–World War II conquests. Meanwhile, the Soviets pressed on with their plans for the communization of eastern Europe. Intellectuals were purged, private farms were collectivized with predictably disastrous results and eastern Europeans learned to stand in line for food rations in time-honored Communist tradition. In 1955, the Warsaw Pact bound together the Soviet Union and its satellite states even closer in a military alliance.

Like the Mafia, you could join the Warsaw Pact, but you couldn’t leave.

Not until the afternoon of October 23, 1956, when two hundred thousand demonstrators took to the streets to demand political freedom for Hungarians and international neutrality for Hungary. Just a few years before, those demands would have been immediately met by tank divisions and firing squads. But Stalin had died three years earlier, leading to a softening of the Gulag state. Khrushchev had acknowledged Stalinist crimes in his “secret speech” of February 1956 (which was then broadcast by Radio Free Europe, which had obtained a copy). The Polish protests of 1956 led to the appointment of Polish reformist Wladyslaw Gomulka as that nation’s leader. And, Hungary’s neighbor Austria had declared its neutrality toward East and West. Perhaps Hungary could do the same? There are times in history when all things seem possible.

The Kremlin’s hopes were disappointed. Violence quickly spread into the countryside. Rebels now attacked Soviet troops in Budapest as well as the AVH, murdering captured Communist officials and secret policemen. Hungarian army units defected with their arms to the opposition. Political prisoners were freed, and local councils set up to replace Communist officialdom.

These were not domestic grumblings. This was open rebellion against Communist rule and Soviet control.

Party Secretary Gero fled to the Soviet Union, and reformist Imre Nagy became prime minister. On November 1, Nagy declared Hungary’s withdrawal from the Warsaw Pact. Noncommunist political parties were allowed to join the government. By November 4, the violence began to subside. Perhaps Hungary would achieve freedom after all.

It was not to be. Now, Moscow decided to intervene again, but this time much, much more forcefully. Despite concerns that the world would perceive the Soviet Union as an aggressor, the Kremlin felt it had to act. China, which had become increasingly assertive in the Communist bloc, pushed for intervention. Hungarian withdrawal from the Warsaw Pact threatened to unravel the alliance. Soviet leaders also knew that if multiparty rule were allowed in Hungary, demands for democracy would spread across eastern Europe. And the party least likely party to win a free election would have been the Communists.

Also in 1956, the Soviet Union was ruled by men who had experienced how close Hitler’s invasion of Russia had come to victory. Eastern Europe was supposed to be the buffer zone that would protect Russia from another assault by the Western imperialists. Look at how Russia views an independent Ukraine and NATO, and history repeats itself.

The Soviet crackdown in Hungary followed a familiar pattern. After promising Nagy that it would not invade, Moscow invited Hungarian leaders, including Minister of Defense Pal Maleter, to meet a Soviet delegation. The Hungarians were then arrested.

Then the Red Army attacked Budapest in “Operation Whirlwind.” In brutal urban combat, rebels with Molotov cocktails and submachine guns faced fifty-ton Soviet tanks. The pictures of burned-out Soviet armor are striking. The photos of teenage Hungarian girls cradling their weapons in a hopeless fight are haunting.

By mid-November, the Hungarian revolt was crushed. Perhaps 2,500 Hungarians died, and seven hundred Soviet soldiers. Yet once the Red Army unleashed its armored fist, there could only be one outcome. The only hope for the rebels was for Western intervention. But how many Americans, Britons and French would die for Hungary just a decade after a devastating global war? Against a nuclear-armed Russia, how far could Moscow be pushed?

However, there is a deeper question that still resonates today. To what extent did the United States instigate the Hungarian revolt? Some believe Radio Free Europe exhorted the Hungarian people to revolt, and promised U.S. troops would come to the rescue. Others claim the CIA supplied weapons to the rebels, which the agency denies.

But as with so much Cold War mythology, it turns out the CIA was more incompetent than omnipotent. In fact, the agency was completely taken by surprise. The CIA had only one Hungarian-speaking case officer in Hungary from 1950 to 1957, and he was so mired with administrative duties that he didn’t have enough time to be an agent provocateur.

Regardless of whether the U.S. encouraged the Hungarian revolt, the Hungarians were counting on American help. Just as in 1991, when the United States urged Iraqis to revolt against Saddam Hussein. When the Marsh Arabs of Iraq did revolt, and called for U.S. troops to support them in taking Baghdad, they were rebuffed by America and crushed by Saddam.

Naturally, the Soviets blamed the Hungarian revolt on the Americans, because it is much easier to blame “foreign spies” (Stalin always did) than the justifiable hatred of people who never asked to live under Communism. But the Soviets weren’t any more competent than the Americans. As the National Security Archive organization notes, “the availability of an abundance of intelligence assets does not necessarily provide all the answers. Moscow was also taken by surprise by the Revolution despite the thousands of Soviet soldiers, KGB officers, and Party informants present in Hungary. Rather than understanding the sources of the discontent, it was easier for Soviet operatives and even the leadership to cast woefully misdirected blame on the CIA for the unrest.”

The bloody demise of the Hungarian revolt proved that eastern Europe would remain a Soviet satellite, and that the West could or would do nothing to change that. Hungary would have to wait thirty-three years for liberation. But in 1989, freedom would come.