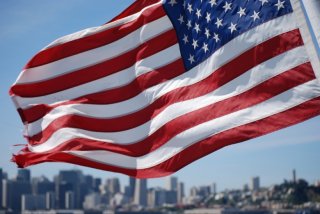 The U.S. Congress heard recently from the President that the world is a dangerous place and that we may need to defend our national security soon. That is as it should be. But before the first bullet is fired in most contests, there’s usually an information war that must be won, and there the Senate has dropped the ball by not taking up a House bill that reforms U.S. International Broadcasting (USIB).

Consider the hostilities between Russia and Ukraine, a prime example of the importance of the communications war. Vladimir Putin’s invasion of his southern neighbor marks the first time since World War II that a European country has officially annexed the territory of another.

But before Putin invaded Ukraine he occupied the Russian mind. Having taken complete control of his country’s media, Putin was able to paint Ukraine’s new leaders as “Nazis” and the country’s Russian minority as “oppressed.” Thus brainwashed, Russians clamored for intervention; Putin merely acceded to their demands. No Roman emperor ever did it better.

It is the same with the conflicts we face with Islamists from Boko Haram in Nigeria to the Taliban in Pakistan, and of course with the Islamic State of Iraq and Syria (ISIS). The battle for hearts and minds takes place in every conflict we face. Very often, the first ammunition fired are sound bites and pixels of information.  For the West, when it sticks by its values, this means using the truth.

We used to be good at lobbing the truth over the parapets, beaming Voice of America broadcasts into the darkest of dungeon-nations, unstintingly showing the benefits of religious tolerance, freedom of speech and association and all the other rights that provide liberty.

Then we unilaterally disarmed. Just as the Obama Administration pulled all troops out of Iraq and did not leave a residual force, so it also dismantled our information armory.

Most damningly, the Broadcasting Board of Governors (BBG), which oversees most of the activities of U.S. International Broadcasting (USIB), all but eliminated broadcasts in Russian and Ukrainian in the past few years.

Acting through the USIB, the Administration has also made deep cuts in the Office of Policy, which creates the editorials that explain U.S. policy to foreign audiences. Last September Dana Rohrabacher, R-Calif., chairman of the House Foreign Affairs Subcommittee on Europe, Eurasia and Emerging Threats, complained that these cuts were in contravention of the VOA charter and public law.  Those complaints went completely unheeded by IBB Director Richard Lobo, an Administration appointee.

Often times, VOA staff have sought to define their mission not as purveyors of American values and explainers of policy overseas, but as straight up journalists who must criticize both.

Standing behind these issues is also the ideological baggage that the Obama Administration has brought in. President Ronald Reagan had no compunction about calling the Soviet Union “the evil empire”—drawing derision from Paris, Bonn and the Upper West Side, but giving comfort to prisoners in the Gulag, who heard from it after word had been beamed in by VOA. President Obama, by contrast, has reportedly banned the administration from using such terms as “jihad” and “Islamic terrorism.”

The United States International Communications Reform Act of 2014, or H.R. 4490, won’t fix the Obama Administration’s ideological biases, but it would do much good.

Among its many positive aspects, H.R. 4490 would provide adult supervision for the $700 million broadcast group, replacing the BBG with a “United States International Communications Agency,” and establishing within the agency a Board of Directors and a Chief Executive Officer.

The role of VOA in public diplomacy is moreover underlined: the bill expresses the sense of Congress that VOA “has been an indispensable element of U.S. foreign policy and public diplomacy efforts and should remain the flagship brand of the Agency.”

The other so-called “surrogate” institutions, such as Radio Free Europe, Radio Free Asia and the Middle East Broadcasting Network, would be consolidated into a “Freedom News Network” to facilitate better management.

The bill passed the House by a voice vote on July 28 and now awaits action from a Senate that has precious few days left in this session. Senators serious about facing up to the challenges posed by ISIS, Putin and others should understand that information wars well fought can avoid ones that involve real bullets.

Mike Gonzalez is a senior fellow at The Heritage Foundation and the author of the book “A Race for the Future: How Conservatives Can Break the Liberal Monopoly on Hispanic Americans.”